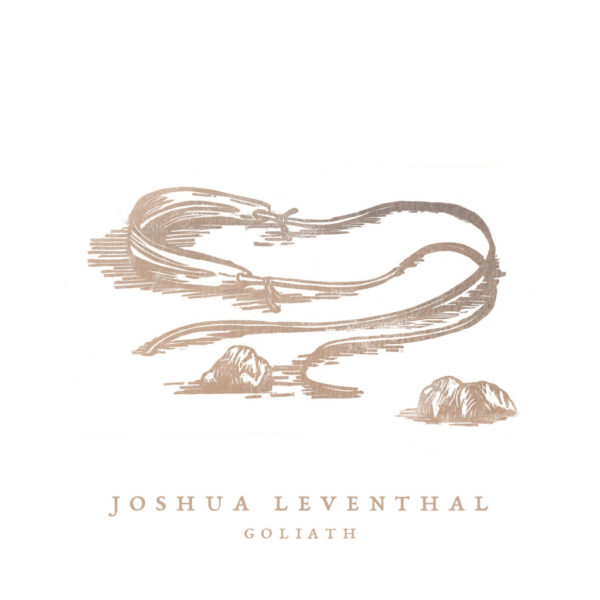 Joshua Leventhal has released his new Goliath lyric video (as in it’s a lyric video for his song Goliath, not a massive lyric video!). Check it out above and find out more below.

Goliath isn’t a worship song, but it is a prayer.  A reflection from the perspective of the most famous songwriter who ever lived, a man after God’s own heart, who still faltered tremendously.  It is an invitation for us to step back and take a hard look in the mirror, to consider our own weakness.  It is permission to bleed.

“He’s gonna make it right, child.”  Those words, off the title track of Joshua Leventhal’s debut worship EP, L I O N | L A M B , reverberate over and over as the song  crescendos—and he is just as much singing them over himself as the listener—an incessant, tireless reminder of the hope that the ultimate justice of Christ is coming, and is to be yearned for.

Joshua is a bit of an anomaly, both as a worship leader and a songwriter.  Meeting Jesus in power very, very young, he did not fall in love with music until his teens.  Until that time he did not think of himself as an artist, let alone a musician.  For that reason, Joshua’s simultaneous satisfaction in and longings for his Redeemer are at the forefront of these songs—they forego what is expected of a modern worship chorus, and instead tread to deeper waters.  In a diverse sonic landscape of everything from Black Gospel to Punk anthem to electronically influenced Indie Rock, he weaves images of bride and feast, sojourners and shores, hope in pain, all across the canvas of the Gospel.  These are unapologetically Cross-centered, hope-awaiting works.  And while their lyricism may not draw from the same wells as is common in contemporary worship, they are still fully intended for the Church to sing together—that we might better know Him, love Him, and stir in affection towards Him.  To explore the marriage of meaningful art with Spirit-filled worship—to the delight of the King, and His satisfaction of us.  This is art as catalyst for adoration.

​Joshua invites you to enter in with him, into the song that the Author Of All That Was And Is is making of our lives.  The song that he is trying to sing along with all Creation, as we see the Day approaching.

Leventhal is American-born but has spent most of his life in Canada.  He is currently based in Kelowna, BC.