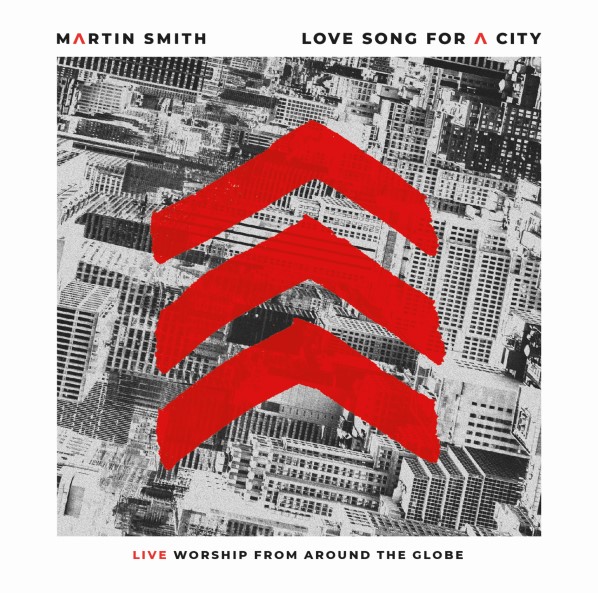 Featuring 13 tracks recorded in 11 countries across an 18-month span, the project captures the passion and excitement of thousands of worshipers representing different cultures, ages and church backgrounds. Love Song For A City includes worship favorites like “Majesty” from Smith’s days as frontman for the modern worship band Delirious? along with his solo work and new songs like “Forever Yours” penned with members of the Bright City worship team at his home church in Brighton, UK.

“When we’ve sung a million love songs, we’ll have only just begun…”

A musical declaration of God’s love for His children, Love Song For A City is also a reflection of Smith’s own love for the local church around the world.

“I’m convinced that if God wrote a love letter to a city it would be addressed to every occupant by name,” says Smith. “It would note every dream, reference every sadness, highlight every secret act of kindness and be filled with reminders of His endless love.”

“And every page would be drenched in holy tears,” he adds. “Tears spiked by the pain of separation and the injustice that exists. So as we sing, we are fighting for what is right. As we dance, we connect with each other. As we shout, the walls come down… so keep singing. Keep singing over your family, over your neighborhood, over your city, because this world needs it.”

Love Song For A City is available through all major digital sales and streaming platforms and in Christian book and music stores around the world beginning July 13. Related song and worship resources are available through WeAreWorship and Integrity’s ministry partners.

The complete tracklist for Love Song For A City, including recording locations, is:

Smith will share these and other songs from his 20-plus-year recording career at summer/fall festivals and events in Brazil, Northern Ireland, Holland, Switzerland and the UK. For details and updates, follow Smith on Twitter and Instagram @MartinSmithTV or visit MartinSmith.tv and Facebook.com/martinsmithtv.