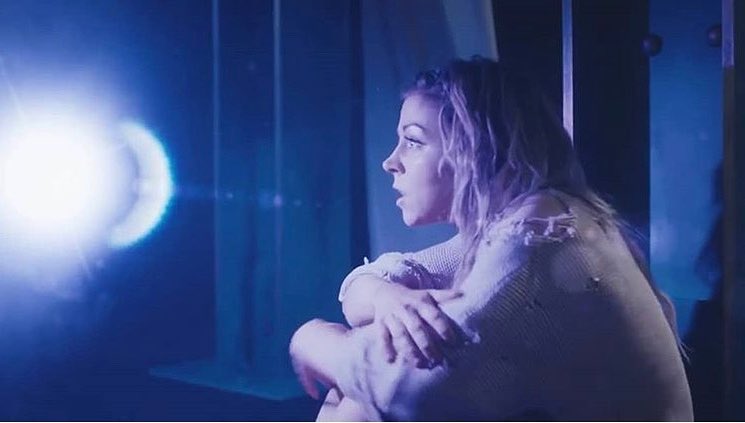 Hi there and welcome back to The Mossy Mosaic and the 2nd ever weekly roundup! It’ll be a place where I can totally be myself and can rant and rave about what I’ve loved lately while not worrying about needing to be ‘professional’…not that I manage that during the week anyway!! It’ll also give me a chance to mention some of the new things I haven’t had the time to cover through a news article.

Oh and I love discovering new music so please comment below with links to stuff you’ve enjoyed over the past week – maybe I’ll add a section for “stuff I missed last week that someone else recommended that I loved” (although with better wording!).

Without a shadow of a doubt my favorite music video of this past week is the new one from Lindsey Stirling. First Light contains such a seriously wonderful message and is portrayed in that typically magical Lindsey Stirling way. It’s stunning. It’s also good to see her time on Dancing With The Stars wasn’t wasted either, its added an extra dimension to her videos! Try and watch this and not feel inspired and a bit happier, I triple dare you!

Update: It’s since been brought to my attention that Lindsey is a mormon. I have left this bit in place due to its fantastic message but we have removed all but 1 of our posts to do with her (the 1 remaining isn’t directly to do with her).

I really love Matthew West and his music, a true diamond in the rough. This acoustic performance of Mercy Is A Song from All In with Jordan Feliz is awesome. Jordan Feliz ain’t too bad either!

We’ve been waiting for the news of for KING & COUNTRY’s new album for a while now, especially since “joy.” encapsulated the nation, and on Friday it arrived. And it came with a new single & video too. ‘pioneers’ is a beautiful heartfelt ballad featuring both of their wives. It’s quite frankly beautiful…and that’s just the stunning and picturesque Iceland! The new album burn the ships releases 10/5.

You had me at A. Ward and Cole DeRuse! The 4th Higher Art cyper arrived this week and every single artist killed it.

Anthem Lights must really inspire (*cough* annoy!) other bands out there, I mean not only are they super talented as a collective band and as individuals, they’re also ridiculously hard working. They put out an almost constant supply of music as a band, and really high quality music at that, but somehow they also all have their own solo music in between. This latest original song and performance from Joey Stamper is hauntingly beautiful…

Sarah Reeves’ Details song made me sit up and take notice. This past week she released her new motivational pump up video for Easy, check it out…(The YouTube description introduces it much much better!)

Any day there’s a new music video from your favorite CHH artist is a good day; ‘Friday’ was therefore a really good day as Flame premiered his new Friday music video featuring J Carter. Friday is, as you might expect, a perfect song for Fridays and I have a feeling I’m going to be watching this video a fair few times on future Fridays to get me in the mood for the weekend (not that I need help with that!).

Other than it stupidly embracing mumble rap (seriously don’t get me started), one of my biggest gripes with the CHH music scene for a little while now has been its lack of variety. Well say hello to something refreshingly different in PEABOD!

I’ll be honest, this video comes across as a little strange at first but the more you watch it the more awesome it becomes. Seriously, this is one of the best music videos I’ve seen for a while. Really love this!

Tauren Wells just has that likeability factor that many artists long for. Known is a beautiful vulnerable song that struck me hard the first time I ever heard it. I’m stoked it got the music video treatment!

I’m going to attempt to seem like I know what I’m talking about here, ready? here goes… Facing West’s harmonies are on point, and once again showcased on their new original song Confession.
Yep, nailed it! now enjoy it…

Banging groovy reggae vibes, that’s all that needs to be said…

Sevin released his video for his super real song Stronger. Not gonna find many more real music videos than this in the coming weeks.

In a recent interview with TODAY’s Hoda Kotb, Carrie Underwood said that when she’s performing a song live she’s right there in the music but as soon as it ends she’s “just Carrie again”.

That accurately sums up my relation to music as a listener/super fan, when I’m listening to music I’m “in it”, it really consumes my whole body and soul, but as soon as it’s over, I’m just “plain old boring Iain” again. Carrie Underwood’s music is a good example of that and ‘Champion’ is one of my 2018 life anthems. My view count of the music video for The Champion was in the hundreds just a few weeks after it released and it’s got me up and going in the mornings more than any other song/video this year. So a new live performance of it was always going to make this list! The choir adds an awesome extra dimension, so enjoy this performance from the RDMAs…

Carrie Underwood is as humble as they come, especially among the ranks of the massive mega-star artists in the world, and when you combine that with her unashamed faith and her awesome music, you can start to see why she’s become one of my favorite artists over the last few years. I absolutely love what she said about gifts and not seeing herself as a hero…as she received the “Hero Award” at the RDMAs!

Last week it was Chris Pratt’s speech, this week’s it’s Carrie’s…so who’s gonna step up next week?! Haha, no pressure or anything…!! (I don’t even know if there are any secular award shows this week!)

They’ve been teasing their new music over recent weeks and now VERIDIA have officially announced their new album The Beast You Feed will come out this Fall. Launching a PledgeMusic campaign to help fund its release, fans can support it here: https://www.pledgemusic.com/projects/veridia-new-studio-album
I love VERIDIA’s music and seriously can’t wait; let the hard fight to keep my anticipation levels in check begin!!

Oh you thought I was kidding when I said How Ridiculous videos will feature each week? Nope, I really wasn’t. They’re yet to release a video that hasn’t entertained me but then again I could enjoy watching these 3 commenting on paint drying! Talking of paint…This time the giant dart takes on a microwave, a tv cabinet, a tv and then its toughest test yet, a fridge. and if that factual sentence doesn’t make you want to watch it, we probably wouldn’t get on! (see below for a message on that!)

Philippa Hanna continues releasing her daily “Inspiration 365” videos and yesterday’s features a really wonderful message that just has to be shared. Check it out as she discusses how one of her best friends is a complete atheist with said friend.

John Crist. Boom, I know you already want to watch it from reading his name so go ahead and click play…

Anything to do with KJ-52, I love. He’s my 2nd favorite artist and out of the hundreds and hundreds of artists I follow that’s saying something. His music obviously means the world to me but it’s his behind the music/scenes videos, video messages and how he handles himself, that inspire me the most. Here’s the latest in a looong list of examples!

Speaking of video messages from KJ-52…

Other music and things I’ve been digging:

Koryn Hawthorne’s got some serious Beckah Shae vibes to her vocals and I really can’t wait for her debut album of the same name coming July 13th.

I’m digging My Heart Lies’ debut album Love and Fear. Fellow rockers can check it out on Bandcamp here. 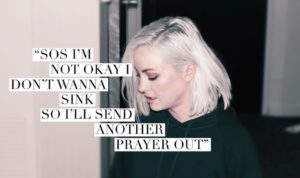 I’ve thoroughly enjoyed our interactions with Gold Frankincense and Myrrh over the weekend. Sometimes you’ve just gotta find new fun ways to promote a band…(go and take a look to see what I’m on about!). They also take home the “most excited band to see JesusWired’s joined their friday night instagram live stream” award so, yeah, they’re cool and we love them! Might as well drop the link to their latest video whilst I’m here…

i love learning the stories behind songs! I love TobyMac! So you don’t need to be a genius to work out that I love this video!

Album of the week:

Truthfully I really haven’t moved on from The Protest’s new Legacy album out July 13th, and I won’t for sometime, but I can’t feature them for 2 weeks. There’s been a fair bit of Skillet’s Rise album in there this week but my otherwise most played album this week has been Stellar Kart’s All In. Put it in my stereo one evening last week and it’s been played a couple of times every day since. While not my “preferred SK lineup/era/sound”, I love this album more than most albums, if only for just how easy it is to listen to in the background.

Fun/sad fact: This single was downloaded the moment it released (in the early hours of the morning over here) and within the first 24 hours I’d listen to it close to 200 times. Yep, two hundred.

The new MH Eternal single Monsoon Season and Jor’dan Armstrong’s Blsd EP are among the highlights of next week’s new releases.

A few years ago I stumbled across the music of an artist called AON (All Or Nothing) thanks to a music submission to us. And it was one of the best albums of that year (Though The Heavens Fall). AON now goes by his actual name Joshua Kriese and his new single The Glory of God Alone is this week’s spotlighted song… (Sola album on its way)

And that’s it for this week! What have you been loving this past week? Tell me in the comments! I look forward to “seeing you” next week…

PS. Want to write for us or submit music to us? More information can be found here and here respectively.