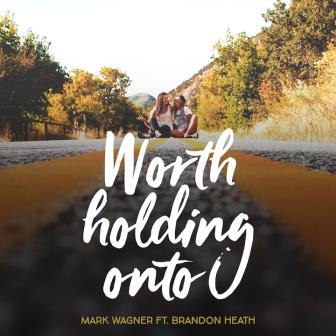 A soulful pop ode co-penned by Wagner, Mark Trussell and Heath, “Worth Holding Onto” pays tribute to Young Life’s nearly 80-year ministry and is dedicated to the staff and volunteers who selflessly mentor students in Young Life chapters around the world.

The song also holds deep personal meaning for Wagner, as well as the members of his Pacific Northwest Young Life collegiate group who are featured in the music video. Produced by Bennett Barbosa, the video depicts the real-life journey of two of Wagner’s students and concludes with an invitation to help sponsor Young Life camp attendees this summer.

“My wife Kalle and I have been involved with college ministry for several years and have recently been walking with some students who are struggling with depression,’ Wagner explains. “Praying about how I could encourage them, I kept hearing the Lord say: ‘I love them, and that’s enough.’ We have a God who loves us, and even though we don’t always feel His presence in our lives, it doesn’t mean God isn’t there with us in the midst of the darkness. His love, and His promise to never leave or forsake us, is the only Hope worth holding onto.”

“I’m honored to have Brandon join me on this track,” Wagner adds. “We’ve been friends for many years and both have deep ties to Young Life. Brandon has a genuine passion for sharing the Truth of Jesus with the world, and I’m thrilled he wanted to play such a significant role in the song.”

A graduate of Fuller Theological Seminary, Mark Wagner has worked extensively with organizations committed to serving young people both domestically and in developing nations around the world. An acclaimed songwriter and recording artist for more than a decade, his solo releases include Sun’s Gonna Rise (2009); Needlove (2012); New Futures (2015) and Love & Be Loved (2016). Wagner has performed in 15 countries and taken the stage in front of thousands of students through his work with Young Life.