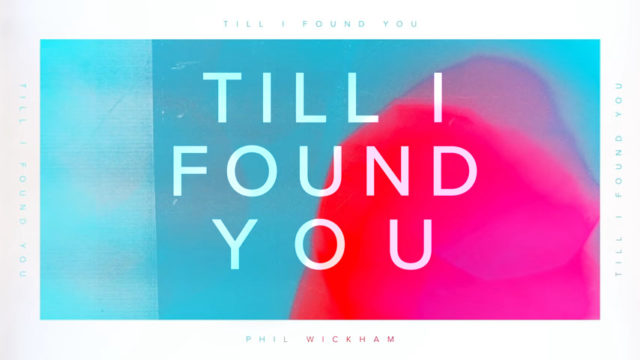 Phil Wickham recently released the official lyric video for a new song, Till I Found You, from his upcoming album LIVING HOPE. Wickham released the single for the title track of the album on Good Friday and the new album is set to release in August 2018. Watch the new lyric video above and you can also watch the music video for Living Hope here.

Buy Till I Found You