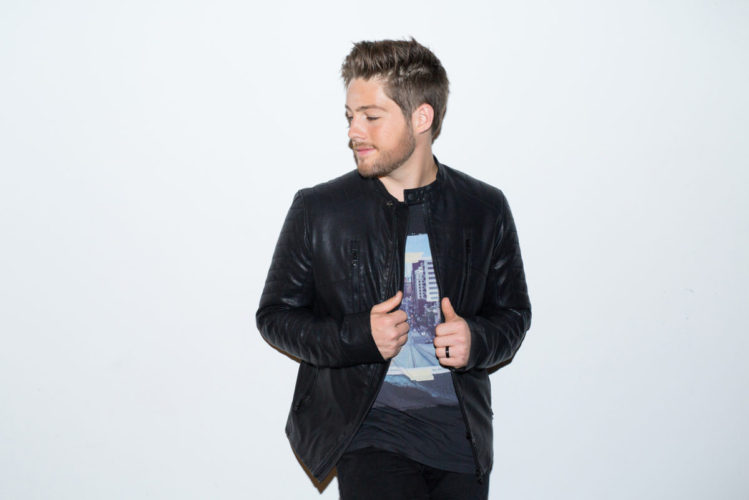 Available now from new Fair Trade Services artist Austin French, Wide Open lyrically shares the transformative story of adopting his now two-year-old son, Coleman James. The Georgia reared singer, songwriter co-wrote the powerful track with four time GRAMMY® nominated Matthew West and GRAMMY® nominated Jeff Pardo. French and his wife, Joscelyn began the tedious fight to adopt their son after receiving a knock on their door, introducing them to Coleman James, who had just been taken out of a dangerous living situation.


“That day I learned firsthand that some of the best things God has for us we may never even see coming our way. Fighting for that sweet little baby boy was the hardest thing we have ever walked through and was not a part of my plan, but I wouldn’t trade him for anything,” said French. “Society teaches us that we hold the key to our destiny – that it’s up to us to make a life worth living, but I believe it’s the opposite. It’s when we lay our life down that we begin to discover the life God has for us. Because my wife and I were willing to jump into the unknown with our hands and hearts ‘wide open’ we watched God do miracles in front of our eyes. God rescued a little baby boy and gave him a future, a family, and hope.”

The release of “Wide Open” follows French’s chart climbing single, “Freedom Hymn.” Playing on over 85 stations nationwide, “Freedom Hymn” garnered the #11 spot on the Billboard’s Christian Airplay Chart, #13 on the Billboard Christian Digital chart and #6 on the Billboard Christian AC Indicator chart.
“Wide Open” is now available on Amazon, Apple Music and Spotify.
About Austin French:
Growing up in small town, Cordele, GA, Austin French dreamed of sharing his faith and passion for Jesus through music at a young age. Being surrounded by a musical family inspired his passion for writing music. As he began to develop his gifts he formed bands learning to take his music to stages and churches.After becoming the worship pastor at Journey Church, in Tifton, GA, French met his wife, Joscelyn. While serving there, French was featured on the first season of the ABC TV show “Rising Star,” where he finished as runner-up. After the show, Austin and his wife made the move to Nashville, TN in 2017 where French began his journey into the CCM industry, signing with Fair Trade Services. After moving to Nashville, French and his wife adopted their son, and while in the process, gave birth to their second little boy. French is currently working on his debut album, set to release this Fall.Facebook | Twitter | Website | YouTube