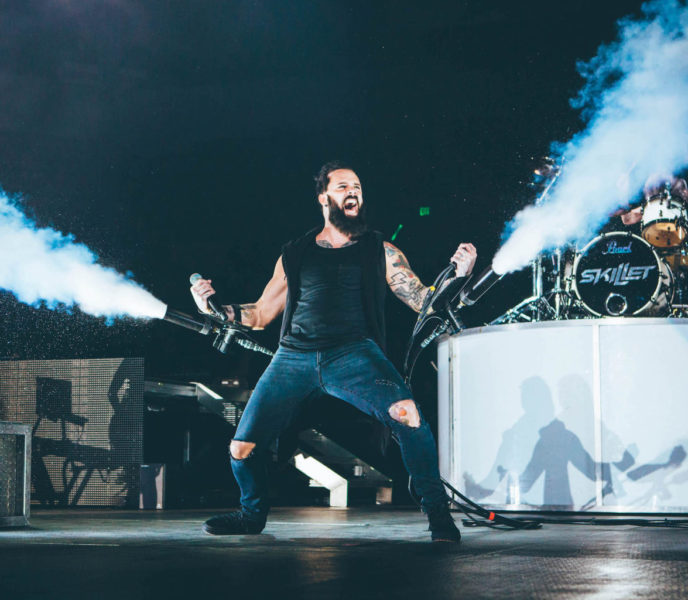 Landing at #2 on Pollstar’s newly published “2018 1Q YTD Worldwide Ticket Sales Top 100 Tours” chart, the Winter Jam 2018 Tour Spectacular takes the top spot of all music tours on the chart. Following the #1 tour “Disney On Ice,” Winter Jam ranks ahead of first quarter tours by such superstars as Bruno Mars and Blake Shelton.

For more than two decades, Winter Jam continues to place top priority on ministry. Thousands of people responded to the Gospel during the 2018 tour, while more than 8,500 children were sponsored through Holt International.

“Each year it’s hard to see Winter Jam come to a close because the artists who travel with us become like family,” said tour creator and NewSong co-founder Eddie Carswell. “I’m so grateful for the opportunity God has given us with Winter Jam; we give our all to this tour every year. It’s still unbelievable to me that I get to be a part of it.”

“Premier Productions is blessed beyond measure to be part of a tour that has continued for over two decades,” said Roy Morgan, president, Premier Productions. “Winter Jam is just getting started, and we’re looking forward to many more years of impacting lives for the Kingdom.”

About NewSong:
With a career spanning more than 30 years, NewSong’s accolades include 20 albums, 20 #1 Christian radio singles, a #1 mainstream AC hit, a GRAMMY® Award nomination and induction into the Georgia Music Hall of Fame, among numerous other achievements. One of the most beloved bands in Christian music, NewSong’s discography includes such defining songs as “Arise, My Love,” “Rescue,” “The Same God,” and their holiday mega-hit, “The Christmas Shoes.”

Created and hosted by NewSong, Winter Jam exploded from a single show in 1995 to become the genre’s benchmark tour. Throughout two decades, Winter Jam has helped provide a powerful platform for the Gospel in major arenas nationwide, consistently showcasing Christian music’s top artists.