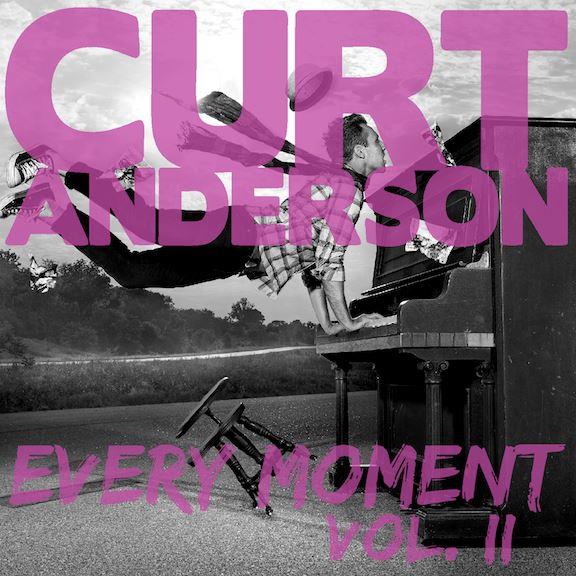 Every Moment Vol. II is highlighted by Anderson’s current two singles: a remix of “Love Like You Love,” co-written by Anderson and award-winning writer/producer Pete Kipley (Mercy Me, Matthew West), and both a Hot AC and piano-based version of “Keep Me Falling,” written by Anderson, Daniel Doss and David Thulin. The latter song quickly became a Top 5 hit in Australia upon its release.

An international ambassador of Christian music, Anderson has traveled frequently to Australia, Hong Kong, England, Wales, Canada, Germany, Thailand and Qatar. Following recent performances in Australia, he will be traveling to the Philippines and making a return trip to the “Land Down Under” in coming months.

Curt Anderson has released two full-length albums and two EPs since his recording debut in 2002. His most recent release, Every Moment (2016), featured the hit singles “Keep It Beating” and “Every Moment,” both reaching the Top 5 on Christian radio charts in multiple countries. He has also collaborated on recordings by such artists as kj-52, Tricia Brock (formerly of Superchick), and Satellites & Sirens. A graduate of Anderson University’s acclaimed music business program, Anderson and his family reside outside Nashville.