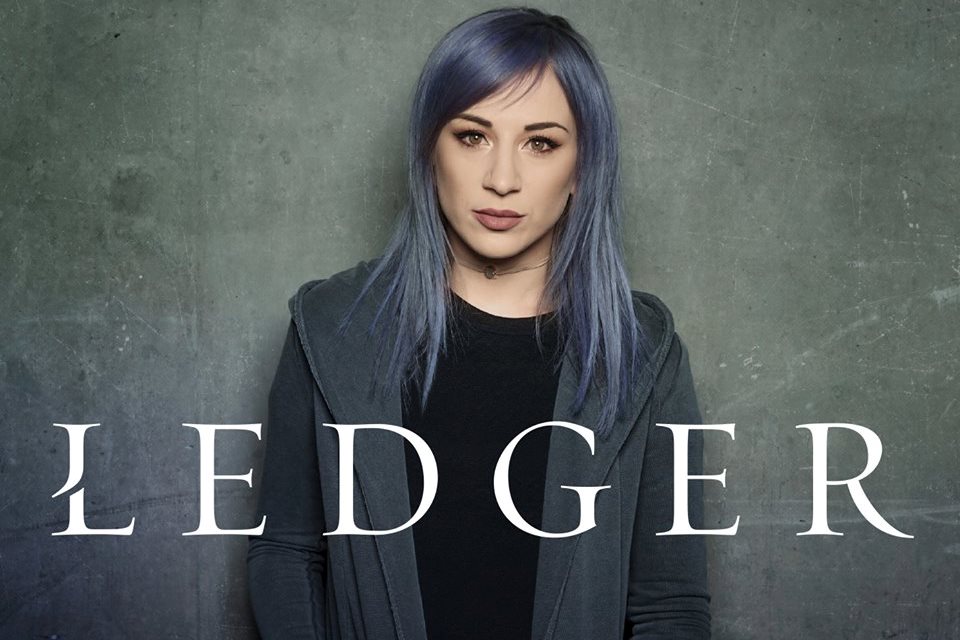 LEDGER, the self-titled debut EP from drummer and vocalist Jen Ledger of multi-platinum selling, GRAMMY® nominated rock band Skillet, released today to critical acclaim. Ledger’s unique vocals and powerful stage presence have given her a distinct role in Skillet since joining the band when she was just 18. Stepping out from behind the drums as her own frontwoman, LEDGER collaborated with Skillet’s John and Korey Cooper, as well as GRAMMY® Award winning songwriter and producer Seth Mosley who, together with Korey Cooper, produced the six-song project. LEDGER has accomplished a sound uniquely her own in her self-titled, debut EP.

“With driving rhythms, high production value, powerhouse vocals and songs that boldly encourage listeners to find their strength and identity in Christ, LEDGER gives a solid debut proving that she has much to offer and voice all her own.” – Today’s Christian Entertainment


“With the advent of LEDGER, a whole new level to Jen Ledger’s piercing vocal talent is uncovered, while courageous lyrics make this one of the most faith-affirming releases of the year so far.” – New Release Today

“LEDGER accomplishes a lot in such a short run-time. It’s smart and fun. It rocks and it sometimes makes you want to dance. It shows the range and breadth of LEDGER’s skills while playing to her strengths. Most of all, it’s a collection of empowering anthems that leaves you excited to hear what’s next in this new phase of her career.” – CCM Magazine

“…with a blast of electric guitars and ear-popping percussions… Is this a great hard rock record with heart and soul? The answer is a resounding yes.” – Hallels

“Going from being part of a massive band to doing your own stuff is no easy task. But LEDGER has made a collection of solo songs that stand on their own merit.” – Louder Than The Music

“Put simply, LEDGER is a finely crafted masterpiece and you’d be hard pressed to find a better release in the whole of 2018.” – Jesus Wired

“After spending several years lying in wait, LEDGER is proving that she is more than capable of producing a gem.” – JesusFreakHideout

“LEDGER is a project you can tell Jen Ledger poured her heart and soul into. It’s a journey we’re lucky to have the opportunity to travel on with her. Her voice is angelic and stronger than ever and it’s so good to see her venturing out on her own.” – The Front Row Report