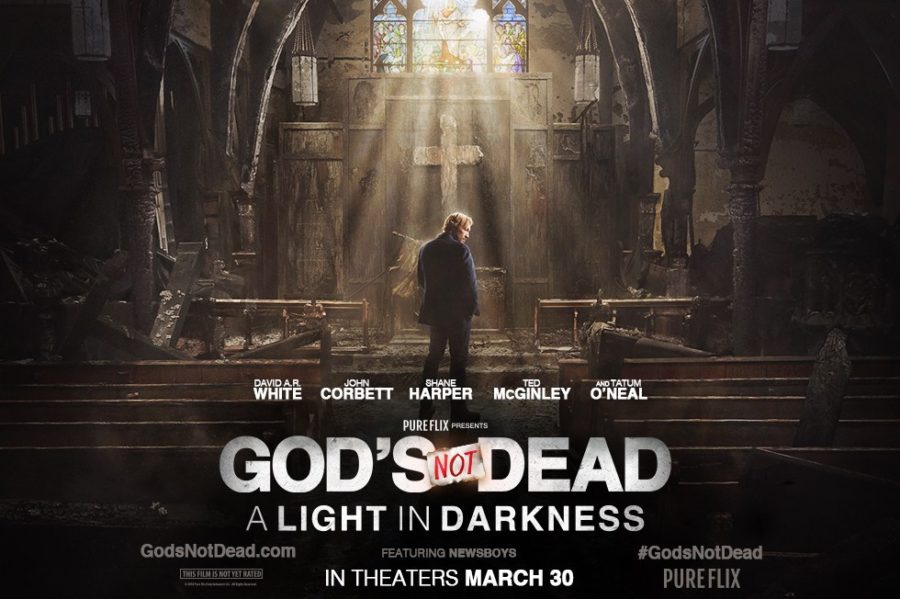 The movie God’s Not Dead: A Light In Darkness, directed by Michael Mason had its world premiere in Los Angeles on Tuesday, March 20th.

Jesus Wired, represented by Jessica Grace White, was on the red carpet, talking to the great cast following David A.R. White, Jennifer Taylor, Tatum O’Neal, Shane Harper, John Corbett, Ted McGinley and others. Check out the footage from the red carpet and see what the cast had to say about their experience working on this project!

The film follows Pastor Dave and his congregation that is displaced after their church burns down, and both the struggles and conquests they face while trying to rebuild their building, community and their faith.

“God’s Not Dead: A Light In Darkness” opens in cinemas on Friday, March 30th.