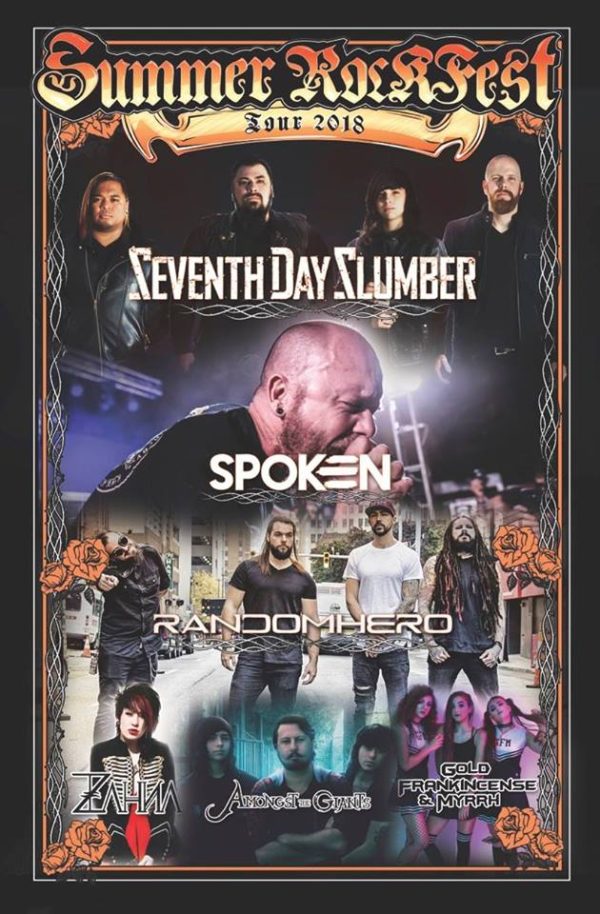 Another solid Christian Rock lineup brought to you by Seventh Day Slumber has been announced for the 2018 edition of the Summer Rockfest tour.  Coming off another spectacular year of City Rockfest, Seventh Day Slumber will headline this summer tour.

Also jumping off the City Rockfest tour will be Spoken and Random Hero.  Another chance to see these 2 solid rock acts.  Returning to Summer Rockfest for another year will be Gold Frankincense and Myrrh (GFM), who played states like Texas for the very first time last year.  Not only  have we been gifted with a chance to finally see As We Ascend live in concert on the City Rockfest 2018 tour since their only previous live show was Alive Festival last year;  now we are being presented a chance to see Zahna live in concert on a major tour thanks to Seventh Day Slumber.  Plus the special treat of being introduced to Amongst the Giants before their debut album comes out.

Dates will be announced soon.  If you are interested in booking this tour for your church or venue please contact Jeremy at .

Connect with City Rockfest tour on Facebook here to stay wired in for more updates.