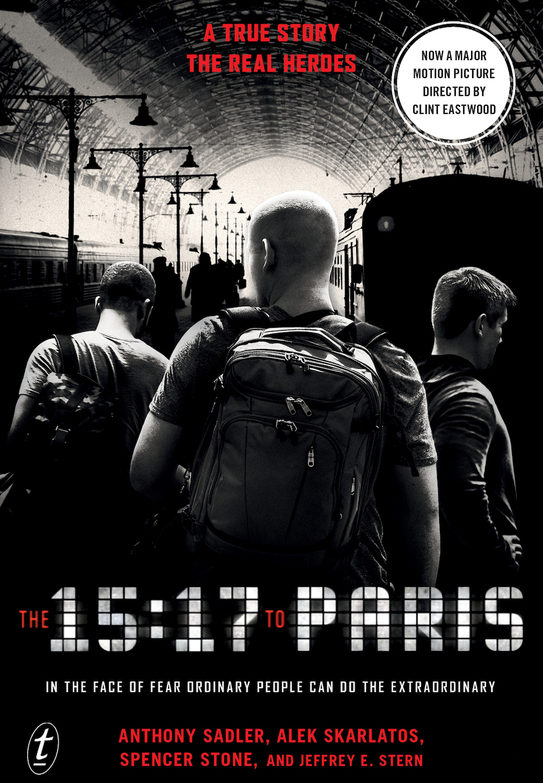 J-Blake White Attends The 15:17 to Paris Round Table Discussion

Jesus Wired’s Entertainment Reporter J- Blake White recently spoke with the Cast and Heroic Trio of the new Clint Eastwood Film “15:17 to Paris”!   The 15:17 to Paris is an amazing, true story of heroism, in which three young Americans overcome a terrorist who planned to kill hundreds of people on a train. What transpired that day in August 2015 defied all odds. It’s a story of faith, of courage in the face of danger, and of ordinary people doing extraordinary acts of heroism.  While in conversation with the Heroic Trio, J-Blake discovers a deeper knowledge of understanding of faith in action for millennials today…that have a relationship with Christ, but are in search of their calling and true purpose.

Do you believe faith and service go hand in hand? Why?

Spencer: A little bit. I think it’s all one in the same… But that’s a hard question.

Alec: I’m not entirely sure that they are that related. Just because I know a lot of people in the service who aren’t religious at all. But at least for us it was more like faith, that we were on the right path. (In reference to Spencer) Because lot of times we didn’t feel as though we had direction. A lot of times we turn to God for direction, but we definitely both decided to join the military hoping that it would give our lives some structure and direction. When you look at our personal story, I believe that’s why it played out the way that it did. And the Military definitely gave us the skills and the aftermath of the train attack.I don’t think it was an accident that we just happen to be in the military.

Spencer: specially with being denied so many times for what I thought I wanted, but then really I ended up being led to exactly what I needed.

J-Blake: I think it’s awesome how the film highlights the journey about young adults who are transitioning into young adulthood from college and having to pursue life and make career decisions. Because there is a reality that we don’t all have it figured out, but some kind of way God has these opportunities that are pre-destined and they appear to be divinely lined up. It’s amazing how this film captures that.

Anthony: ( Laughs) “ And in film, it’s funny, sometime the heroes appear as though it was so easy.  Or Everything fell into place But I believe the movie show success and failures and it being apart of our journey and That Makes it very ordinary and relatable.

You all have definitely had a life-changing experience over the past two and half years. With everything that’s taken place…and you all now being modern day heroes and obtaining notoriety all over the world… Some would say that it’s an overnight success, but what do you believe has kept you grounded with your new over night success?

Alec : “Our Friendship… It’s like we keep each other humble. and Friends and Family keep us humble (Laugh). It’s their favorite past time.”

Anthony: “It’s like we did that for our Country, One hundred percent. But We were there and we now also know how we should not be here today. Considering the list of circumstances that put us there, what things that could’ve prevented us from being unsuccessful: From the gun not going off…Whatever you want to list, it just we can’t get “ Big Heads” about it. It really That God has us.. That’s what it was. Because we know it wasn’t just in our own ability.”

J-Blake to Spencer: At the beginning of the movie, we see young Spencer praying. And that was a mature prayer (Laugh) How old were you?! Come on and Pray! (Everyone Laughs)

Spencer: Hahaha “ I know dang well, that Kid ain’t saying that prayer.” (Everyone Laughs) But it’s a Catholic Prayer. And my father was Catholic and my whole father’s side is catholic. It was prayer within my family.

The 15:17 to Paris film released in theaters February 9th, 2018. Check out the Trailer and Behind the scene footage below!

If you go and see the film, let us know what you think of it. 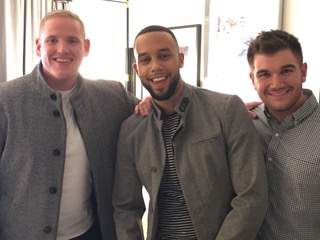 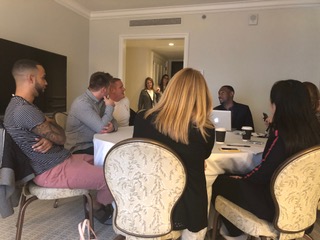 J-Blake White Attends The 15:17 to Paris Round Table Discussion

Comments from the three American heroes:

“The odds of our exact situation happening to us are too astronomical to believe that it was just purely chance; God had a hand in it.” – Alek Skarlatos

“I believe we’re vessels, to be used by Him, to do His work. And it was an honor to do something that good.” – Spencer Stone

“I think it’s our responsibility to take that message and be responsible with it and spread it as much as we can so we don’t waste the opportunity that HE gave us. We’re meant to spread the story and it’s meant to touch people.” – Anthony Sadler

Tony Sadler, the father of Anthony Sadler, and a Baptist pastor in Sacramento, said, “We believe God’s providential will worked its way out. I’m just thankful they were there and got things done.”

From Clint Eastwood comes “The 15:17 to Paris,” which tells the real-life story of three men whose brave act turned them into heroes during a high-speed railway ride.

In the early evening of August 21, 2015, the world watched in stunned silence as the media reported a thwarted terrorist attack on Thalys train #9364 bound for Paris—an attempt prevented by three courageous young Americans traveling through Europe.

The film follows the course of the friends’ lives, from the struggles of childhood through finding their footing in life, to the series of unlikely events leading up to the attack.

Throughout the harrowing ordeal, their friendship never wavers, making it their greatest weapon and allowing them to save the lives of the more than 500 passengers on board.

Eastwood (“Sully,” “American Sniper”) directs and also produces the film. The film was released in theaters on February 9, 2018 by Warner Bros. Pictures.