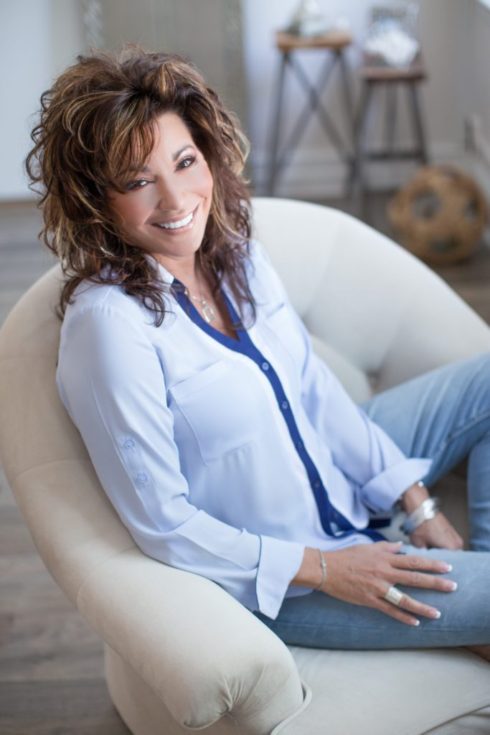 Three decades after first stepping into the spotlight, Kathy Troccoli continues to be a powerful force in popular music. The multifaceted vocalist is currently touring the country with her “Comfort by Candlelight” concert events. She has also released “KT’s Comfort Box”— filled with songs, sentiments and Scripture, creating a perfect gift for those who may be hurting in this often chaotic world of ours.

Troccoli has a fierce commitment to comforting the broken-hearted with her music, books, TV appearances and speaking engagements. Having lost both of her parents to cancer at an early age, she is familiar with loss and tragedy. The hope-filled song, “Goodbye for Now,” speaks to the grief that most of us will eventually experience yet proclaims the blissful reality of one day reuniting with them again.

But, there will be a time
When I’ll see your face
And I’ll hear your voice
And there we will laugh again

And there will come a day
When I’ll hold you close
No more tears to cry
Cause, we’ll have forever
But, I’ll say goodbye for now

“2017 delivered a multitude of tragedy and tears, from the Las Vegas massacre to the Texas church shooting, to floods, hurricanes and fires,” says Troccoli. “The losses run far and wide and the pain is deeply penetrating. People hurt. People grieve. People need comfort and my mission is to bring a message of hope.”

Troccoli’s numerous accolades include 18 #1 radio hits, 2 Dove Awards (plus 17 additional nominations) and 3 GRAMMY nominations. In addition to her success in Christian music she has made quite an impact in the mainstream arena as well, scoring a #1 smash hit with “Everything Changes” as well as a Top 10 hit with her collaboration with The Beach Boys on “I Can Hear Music.” Over the years, Kathy has appeared on The Tonight Show, Live with Regis and Kathie Lee, The 700 Club, Entertainment Tonight and many others. Her genuineness, vulnerability and desire to connect with people have also made her an extremely compelling communicator.

In January, Troccoli will host the 20th Anniversary KT Cruise ​through the Panama Canal. The 10 day vacation aboard the Holland America MS Zuiderdam is not to be missed.