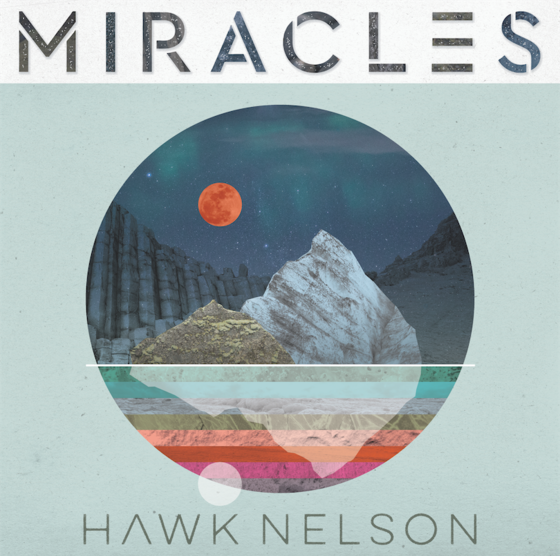 Hawk Nelson is gearing up for spring with a brand new album releasing on April 6th and tour beginning later this month on February 22nd. The new album, Miracles (Fair Trade Services), will be the band’s eighth studio project and features their current single “He Still Does (Miracles),” which is currently on nearly 40 stations including Air1, SiriusXM, KSOS, WONU, KFIS, WBVM, and KXOJ. The presale for Miracles will go live on February 23 – stay tuned to the band’s socials for more details.


“As we were writing this album, we wanted the songs to be full of hope, joy, and excitement about who God is and what’s possible with Him in our lives,” shares frontman Jon Steingard. “We believe that God is not just a God of the past. He’s not just the God from the Bible or the God of our ancestors or our parents. He’s a God who is present in our lives here and now! Our redemption – the things in our lives that need redeeming – when He comes in and redeems those things and works miracles, it brings glory to who He is. He wants to do amazing things in our lives!”

It’s this foresight that found Hawk Nelson reevaluating their mission and even questioning their future. According to Steingard, the new LP was the foursome’s “most hard fought record” to date. The struggle originated, ironically, with success. The band’s 2015 release, Diamonds, was arguably one of the biggest of their career, generating a trio of radio hits with the title track, “Live Like You’re Loved” and the nine-week No. 1 smash, “Drops in the Ocean.” Crafting a follow-up, after such a steady stream of wins, proved unexpectedly challenging in the midst of personal change for the band. In the three years since Diamonds, drummer Dave Niacaris fell in love with photography; guitarist Micah Kuiper got married; frontman Jon Steingard and his wife welcomed their first child, Grey; and bassist Daniel Biro endured health complications that sidelined him for three tours. In many ways, both personally and professionally, the journey leading up to Miracles has been one of surrender.

“We’re just like, Is this something that God’s going to use? And I think He has and will,” says Daniel Biro. “God has always been in the business of surprising us, and it’s when we reach our end that he often shows up. He still is doing Miracles, big and small, and this album ‘Miracles’ is proof of it.”


Fans will be able to hear Hawk Nelson perform the new songs on the upcoming tour, “An Evening With Hawk Nelson & Colton Dixon,” set to launch on February 22nd, featuring special guest artist Sarah Reeves. The tour is presented by Compassion International and is slated to hit 16 markets – see the tour dates listed below.

Stream or download the single “He Still Does (Miracles)” today at the links below.
Spotify   Apple Music  iTunes  Amazon 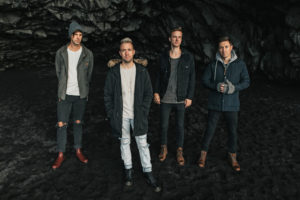 ABOUT HAWK NELSON: Originally hailing from Canada, pop/rock band Hawk Nelson quickly became a fan favorite with their relatable lyrics and infectious hooks. Since their 2004 debut, the group—comprised of Jonathan Steingard (lead vocals, guitar), Daniel Biro (bass), Micah Kuiper (guitar) and David Niacaris (drums)—has released eight full-length projects, including 2015’s critically-acclaimed Diamonds, which produced the band’s first No. 1 Billboard AC Indicator single, “Drops In The Ocean,” when it spent an impressive nine weeks at the top of the charts. Hawk Nelson’s music has garnered numerous high-profile film and TV placements on “American Idol,” the Olympics and the trailer for 2017’s blockbuster Jumanji, among others. In addition, the band has earned two Canadian GMA Awards and received multiple GMA Dove Award nominations, as well as a JUNO nod. Hawk Nelson’s latest single, “He Still Does (Miracles),” from their new album, Miracles (Fair Trade Services), took the band to Iceland, where they shot a stunning lyric video for the song.