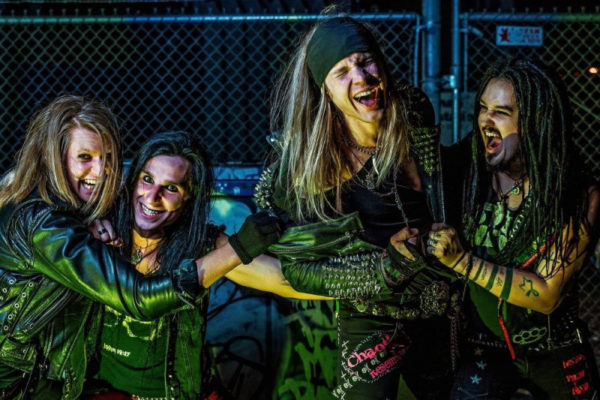 Christian Metal band Chaotic Resemblance just launched a Gofundme campaign to fund the completion of the album they have been working on.  The band has even worked with Disciple guitarist Josiah Prince during the process of making this album.  Now it’s time to finish this project, and they need your help…

“Hey everyone,
We are headed to Las Vegas today to finish recording our new album and we are so excited  and can’t wait for the whole world to hear it!
Oz Fox is back as our producer on this album. We  also have a guest producer and co writer of one of our new songs, Josiah Prince from Disciple.   We can’t wait for you to hear Les Carlsen of BLOODGOOD sing with that Angelic Rocking voice (on loan from God) on one of our songs.
This album is packed with Hard Rocking, Foot Stomping, Mosh Pitting, Double Kick,  Rat- Tat -Tatting, Face Melting Rock N’ Roll.   We also have a few Rhythm Driving, Guitar Chugging mid- tempo songs that we know you’re going to Love.  There is also a few melodic gems that will blow you away. If Van Halen can have keyboards on a few songs Chaotic Resemblance can too, LOL.
Every band needs to have a Ballad and ours is a Worship song to Jesus the King.

We are asking you to sow seed into our ministry.
Everywhere we go including Walmart and Flying J’s across America people are receving healing and accepting Jesus as their personal Savior.
We are not in this for money or fame, in fact we pay to do what we do.
But it cost money. We are $15,000 shy of what we need to finish this album. We have already spent our own money more than $15,0000.  So, we also have sown seed.

Here is where the money is going.
1. Recording our last few songs.
2. Paying for our producer.
3. Mixing.
4. Mastering.
5. Art work.
6. Paying for the Physical CD’s
and a lot more.

Please consider partnering with us to share the Hope of Jesus to a Hurting World.

Contribute to the Gofundme here

Check out our recent interview clips with them here