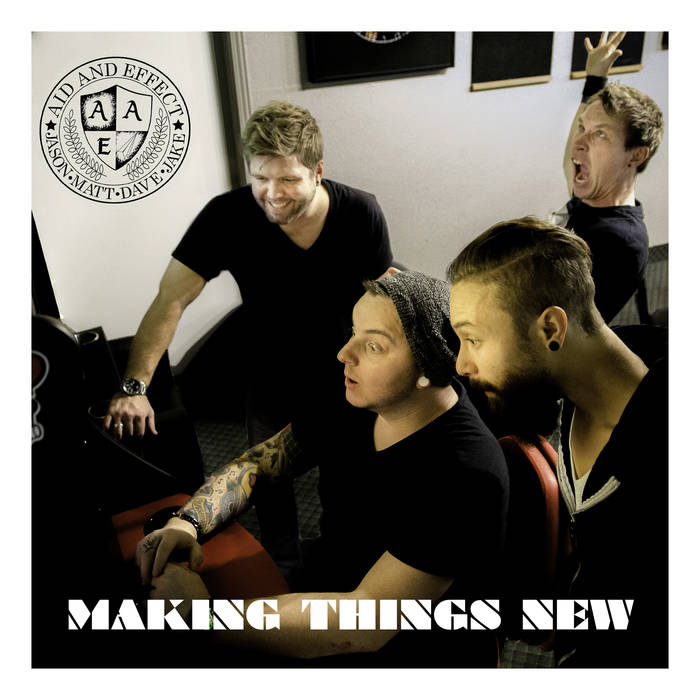 Jason Dunn has also just revealed their music will be released for free, although there’s a bandcamp page where you can pay what you want for the music to help support the band. That bandcamp page can be found here. Oh, and you may just wanted to visit that link TODAY!

The band says about the song “Our first release in over 12 years. Thank you for believing in our music & giving us a second chance. We’re happy to be back!”

In case you’ve been living under a rock and missed it, Jason Dunn, David Clark and Matt Paige from the original Hawk Nelson lineup have reunited under the new name Aid & Effect. Joined by new bassist Jake Goodman (as Daniel Biro is still busy with the current Hawk Nelson), Aid & Effect are currently working on brand new punk rock music with the first single “Making Things New” releasing this week. The band will also be touring in 2018, playing both new songs and old songs from their Letters To The President album.

Our Editor had the chance to chat to Jason about all things Aid & Effect towards the end of last year, his music guilty pleasure and his thoughts on whether pineapple belongs on pizza. The interview can be checked out below.

Excited about the return of the original Hawk Nelson? Let us know in the comments. We most certainly are!