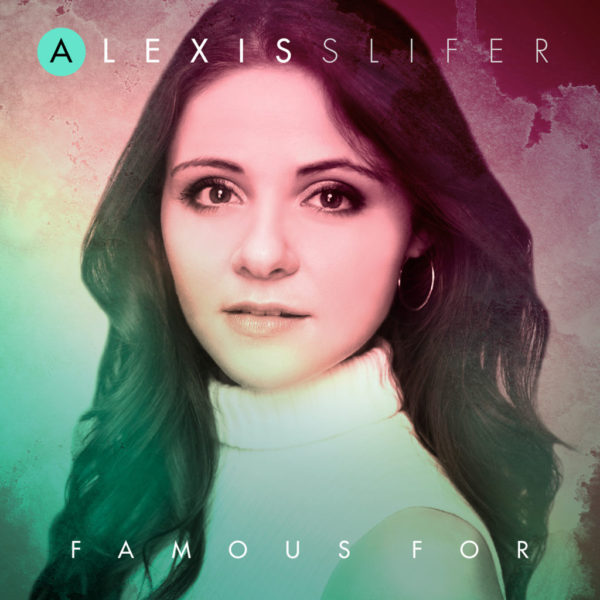 Former Rubyz member and iShine actress Alexis Slifer has just released her sophomore, six-song solo-project, FAMOUS FOR.  The album, produced by Chuck Butler, explores themes central to the young artist’s faith: God is real, He works miracles, and He longs to be close to his children.

Alexis has been on stage nearly her entire life. Before joining the iShine team and becoming a founding member of The Rubyz at the age of 12, she had already performed with an impressive array of productions, including church programs, dance recitals with the Moscow Ballet and professional theater groups.

After spending a decade working with the iShine brand, Alexis is showing her maturity as an artist, writer and mentor.  FAMOUS FOR, her sophomore solo effort, showcases not only her talent as a vocalist, but her growing passion as a writer. Alexis teamed up with Cindy Morgan, Jess Cates, Mia Fieldes, Ethan Hulse and Krissy Nordhoff to write and shape the songs.

She shares, “Writing the entire EP was very intimidating, because all of my co-writers are such established songwriters. But everyone was kind and helped me to really put my heart on paper. I couldn’t have asked for a better team with this album.”

FAMOUS FOR was produced and engineered Chuck Butler (Backstreet Boys, TobyMac, Mandisa and Nick Lachey). “It is still strange to be in the studio as a solo artist,” Alexis continues. “It was very comfortable to record and perform with my best friends, and now I feel like a bit of a loner!  But Chuck was able to help me find my own voice and follow my instincts in recording. It was an amazing experience.”

Shortly after recording the album, Alexis was blindsided by the news of her parents impending divorce. During this time, her own album became nearly prophetic, pointing the young artist to find healing through worship. “I realized that I was pulling away from the presence of God and worship. I felt like that was a place where I was supposed to have everything figured out, but I was so broken. What I have found since then, is we are healed in His presence. Our Heavenly Father wants to meet us where we are – and when we take our hardships to God in the presence of worship, God can heal issues that we never believed could be restored.”

FAMOUS FOR is released through BEMA Media and is available now on Amazon, iTunes and in retail outlets everywhere.