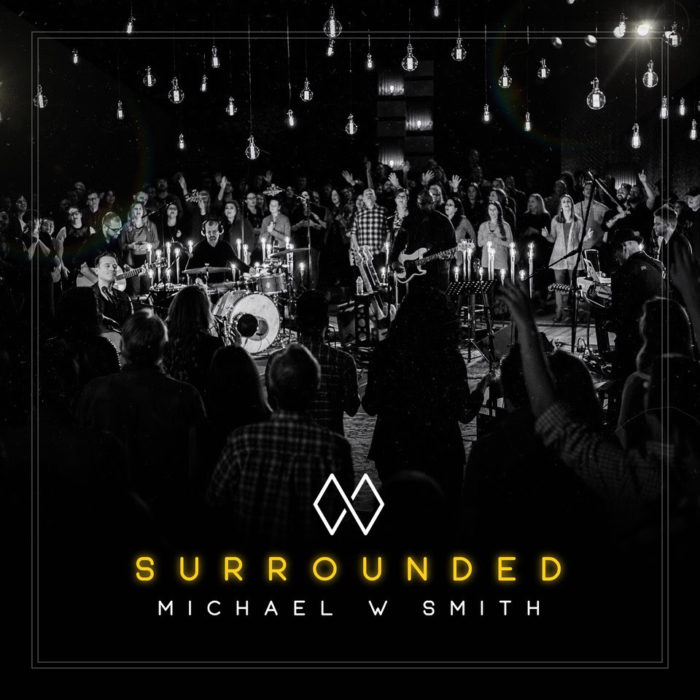 Both Albums Available This Week For Preorder

Multi-Platinum artist, best-selling author and acclaimed actor Michael W. Smith releases for the first time in his career two, all new albums in one month, both his studio album A Million Lights (Feb. 16) and the live worship album Surrounded (Feb. 23) from Rocketown Records and The Fuel Music.

In many ways, Michael W. Smith is a statesman, at the fulcrum of Christian music in pivotal moments. It is said that the heart of a lion never goes away, and Michael isn’t content staying with the equilibrium. At a loss for what his voice should be toward the end of 2016, this prolific artist comes roaring back with two full-length albums in a countercultural response to the divisive national sentiment of 2017 and the mean-spirited banter on social media.

With Surrounded, Michael’s desire is to unify the Church’s diverse expressions into one passionate, joyful cry of worship. Gathering worshippers around him and his band Nov. 2 for an intimate, set in the round recording of Surrounded at The Factory / Jamison Hall in Franklin, TN, Michael shares:

“I feel God moving through His Church and He is calling us together to be one voice and one heart. One bride. Every nation, every tribe and every tongue. Every social class, every denomination.

“What if we bring Him the thing that pleases Him most– our unity,” implores Michael. “We may each have different stories, and skin, and songs, but we all share His same Spirit.”

Leading a diverse chorus of voices, Michael’s new worship album features 12 tracks, including the declarative “Surrounded (Fight My Battles),” which releases Dec. 29 as a digital single and is available as an instant download with each iTunes preorder of the album.

The song also becomes the first video from the recording that was world-premiered Christmas Eve on Michael’s Facebook and website, and will be available to stream Dec. 29on Spotify and other outlets internationally.

Prior to today’s announcement of Surrounded, his first live worship album since 2014’s Sovereign that became a top 10 Billboard 200, No. 1-selling Christian album, Michael’s 13-song A Million Lights has already been receiving significant acclaim. USA Today raves in its first-ever “Life” section cover story on Michael that he “is shining brighter than ever” and noticing that the recording “marks a sonic departure for the Grammy winner.”

Yahoo! Music applauds A Million Lights for “tackling a tough audience: the divided American people” and points out that the album’s single, “Love Always Wins,” “is especially relevant in today’s environment, calling for focus on the positive.”

Two instant downloads from A Million Lights are available now with each iTunes preorder: both the Yahoo! Music–premiered “Love Always Wins” and the album’s title track, which is also the first music video from the album that can be seen on YouTube.

“A Million Lights” and “Love Always Wins” are further being heard now on major Spotify playlists like “Top Christian,” “Ultimate Indie” and “Dance Around The House.”

“Until the world ends, music is the most powerful language there is,” says Michael. “It can transform your life on every level, not just the spiritual. It can help people reconnect with why they’re here.”