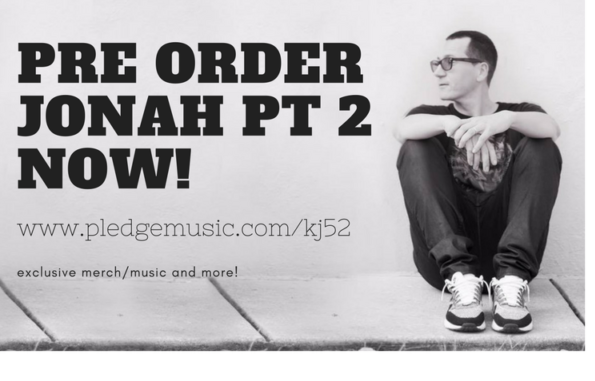 KJ-52 has launched a PledgeMusic campaign for his upcoming lp, Jonah part two.

What started out as a few bonus songs for his Jonah album at the start of last year turned into a new full blown project of its own. As the PledgeMusic description states “Kj-52’s 11th studio project takes you on a ride with transparency, humor, skill and much more. Independently recorded and funded by the fans, this album is for the people by the people. For long time fans or newcomers this album is must listen… birthed from a heart of passion, struggle and a desire to see God glorified through hip hop.”

Jonah part two is due to be released January 21st exclusively for PledgeMusic backers. Fans can pre-order the project here, where new tracks and even a new video can be previewed. Each pre-order comes with an album of spoken word pieces about the life of Peter along with other bits.