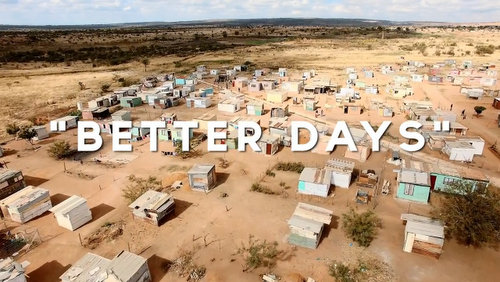 100% Of The Album Proceeds Go Directly To The Safe House Project, An Operation Tasked With Building A Home For At-Risk Orphaned Children

“Better Days” is one of the songs from the Safe House album. “We’ve all seen bad and better days, but the best day is coming when we’re face to face with God.”

The “Better Days” video was shot in Soshanguve, South Africa and features children from the Orphan Care Center, operated by Kerus Global Education, that the Safe House Project is designed to help.

The video is dedicated to the memory of Bongani, one of the children who attended the orphanage and passed away in the summer of 2017.

Renaissance Movement Music (RMM) operates as a family of artists with a shared belief system who are driven towards engaging culture through gospel-based Hip Hop, artistry and musical excellence.

Directed by Will Thomas.

To learn more, give, or advocate visit www.safehouseproject.org