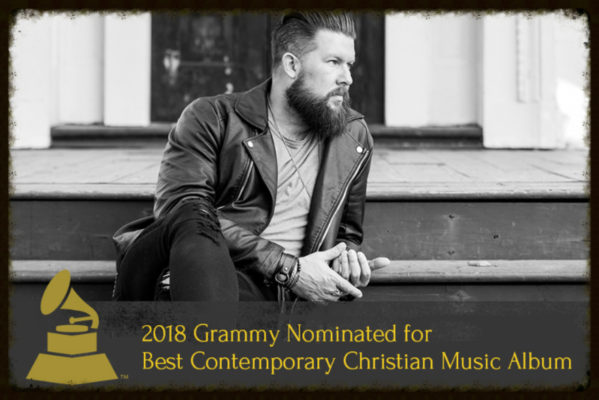 “Old Church Choir” Continues To Hold At No. 1 For 18 Weeks

With a year that kicked off with a GRAMMY® nomination and now ends with another GRAMMY nod, from winning awards to topping the radio charts, there is no question that Zach Williams has had an astounding, and unforgettable, 2017.

It was this time last year when Williams’ chart-topping single “Chain Breaker” was first recognized by the Recording Academy for a GRAMMY nomination for Best Contemporary Christian Music Performance/Song. Now, his album Chain Breaker (Provident Label Group/Sony Music) is nominated for Best Contemporary Christian Album for the upcoming 60th Annual GRAMMY Awards®, which will be held on January 28 in New York City.

Williams recently spoke with Billboard Magazine, sharing his thoughts about these recognitions and his whirlwind year, which can be read here.

“Chain Breaker” was Williams’ debut single to hit radio, holding at No. 1 for an astounding 15 weeks. His follow-up single “Old Church Choir” has been No. 1 for 18 weeks and continues to hold the top spot again this week, according to the Billboard Christian Airplay chart.

K-LOVE also named “Old Church Choir” the network’s top performing song of 2017, sharing “We thought 2016 was the year of Zach Williams, but the sequel has been just as exciting. Following up the success of last year’s ‘Chain Breaker,’ the bearded singer has released another anthem that gets our hands clapping and feet stomping yet again. ‘Old Church Choir’ has been sitting at the top of the charts since last spring and there’s no signs of it slowing down anytime soon.” To view the song’s music video and for the rest of the list, please click here.

Williams officially made history, according to Billboard, as the first debut artist to have two back-to-back No. 1 singles. “Old Church Choir” also received national recognition thanks to a young girl feeling the spirit of the song during a performance at her church in Tennessee. At press time, the video, which can be viewed here, has received more than 52 million views.

Just last month Williams debuted his first original Christmas song, “The Call of Christmas,” which can be downloaded here or heard via streaming here. Williams shared the song, along with a few other holiday favorites, during Tenth Avenue North’s Decade The Halls Christmas Tour, which just wrapped this weekend. Williams will join the Rock & Worship Roadshow in the spring, and further tour plans are well underway for next year. Stay tuned by visiting his tour page here.