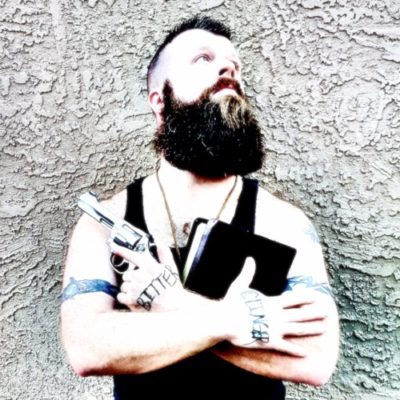 Children Of Wrath releases “By Fire And Sword”

Nosral Recordings’ Children Of Wrath releases “By Fire And Sword” to radio stations across the country.

Children of Wrath, a one man extreme metal band hailing from Phoenix, AZ is the creative output of Luke Dinan.

Despite always listening to metal, he began his recording career releasing a project drawing on an array of influences such as New Order, Tears for Fears, and Depeche Mode called The Future Calling.  In 2016, Dinan returned to his metal roots and began to record his debut album, “No Flesh Spared.”  Dinan classifies his music as “Blackened Symphonic Melodic Holy Death Metal.” an draws on metal influences from the likes of Cradle of Filth, Opeth, Satyricon, Septic Flesh, and Dead Can Dance.

“No flesh Spared” has a sonic palette chock full of pummeling riffs, brutal vocals, and hauntingly beautiful atmospheres that are sure to hit that gratification spot in your gray matter. Recording the album took 9 months from beginning to end. Every step of the writing, recording, production, mixing, and mastering was handled by Dinan.

In July 2017, Children of Wrath joined the ranks of Nosral Recordings, a new indie label that specializes in black and extreme metal.