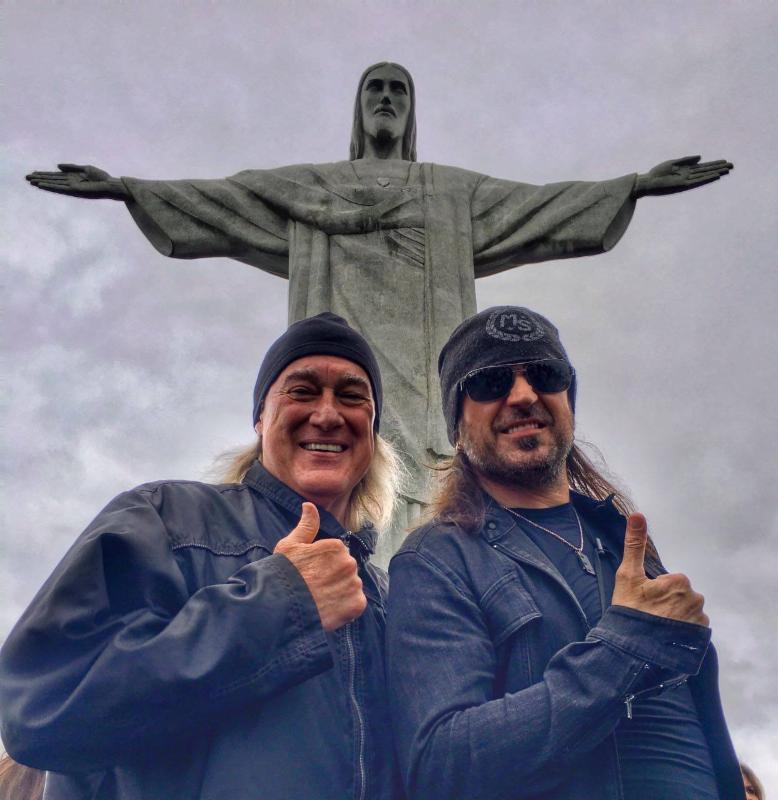 Legendary rock vocalist, Grammy and Dove Award-winning GMA Hall of Famer John Schlitt is putting a bow on his busy 2017, a year that saw him performing in the far north of the contiguous United States and way down south of the border, in South America.

Schlitt joined Michael Sweet, lead singer and guitarist of legendary platinum-selling metal band Stryper, for a tour of Brazil this past summer. Then Schlitt, along with his Union of Sinners and Saints bandmate Billy Smiley, traveled to Colombia, South America, for a mission trip with Langham Ministries.

Schlitt also relished the opportunity to collaborate with his longtime friend, John Elefante (Kansas, Mastadon), during the famed Sturgis Bike Rally, and he reconnected with mainstream band, Head East, during a festival in Kansas. Schlitt and Head East were both scheduled to perform at the event, and Schlitt took the stage to sing a few songs with his former bandmates.

As an elder statesman of Christian rock, Schlitt was called on to share his heart as a speaker at The Objective conference in Nashville, Tennessee.

Schlitt also wrapped production of the second season of his syndicated radio show, Live It Loud, offering his unique perspective on songs from the early days of Christian rock, along with exclusive interviews with the songwriters and performers who championed the music that changed a generation for Christ. Guests on Live It Loud have included hitmakers like Rick Cua, Phil Keaggy, Geoff Moore, John Elefante, and Stryper frontman Michael Sweet.

“I’m thrilled that the Lord has placed so many long-standing relationships with incredibly talented, godly individuals into my life,” said Schlitt as he recalled the events of 2017. “I’m even more excited to continue to spread the gospel to a new generation through the medium of rock music, because the message in these songs still has the power to change lives.”

For more information about Schlitt, John Schlitt Ministries, or Live It Loud, visit johnschlittministries.org or email questions to .

Stations can sign up to air Live It Loud for free at nrtsyndication.com.