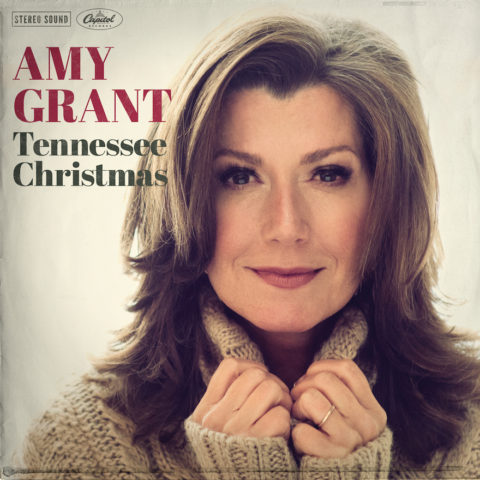 Synonymous with the special time of year, Amy Grant will be trimming television airwaves, making it again a Tennessee Christmas! TODAY’s Jenna Bush Hager traveled to Grant and husband Vince Gill’s Nashville home to share in all things holiday. Set to air on Dec. 14, TODAY also joined the couple before they took the stage for a sold-out “Christmas At The Ryman” performance. Jason Crabb joined Grant backstage at The Ryman to share in song, traditions and philanthropic causes in a special set to air on TBN on Dec. 18. For TV listings, visit www.TBN.org.

The 6X GRAMMY® winner released Tennessee Christmas, her first all-new Christmas album in nearly twenty years, last year (2016). With original offerings like “December,” “Another Merry Christmas” and “Melancholy Christmas,” her hope is that those who are struggling will find a sense of peace by realizing that they are not alone. Upon its release, the 13 song collection caught the attention of The New York Times, NPR, Parade, Southern Living and more.

Multi-platinum, GRAMMY® winners Amy Grant and Michael W. Smith are again co-billing their popular Christmas tour, joined for the second consecutive year by Republic recording artist Jordan Smith, Season 9 winner of NBC’s “The Voice.” The coast to coast tour is incorporating a full symphony orchestra at each performance. Additionally, Grant and Gill’s “Christmas At The Ryman” is continuing their wildly successful residency at the iconic Ryman Auditorium in Nashville.