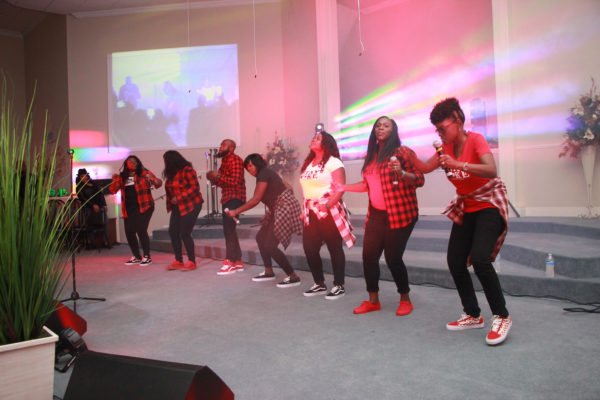 Family group, The Showers, took to the stage recently at Greater Refuge Temple in Amite, LA, a suburb of New Orleans to celebrate their recent CD release THE JOURNEY (A&P Records).

Additionally, in honor of domestic violence month, a portion of the concert proceeds was donated the Southeast Advocates for Family Empowerment (S.A.F.E), a private, non profit organization that assists survivors of domestic violence in Livingston, St. Helena, Tangipahoa, and Washington Parishes of Louisiana.

Beginning Tuesday, November 14th,The Showers’ launched a 6-part weekly webisode series, entitled, “The Journey,” airing exclusively on their YouTube and Vevo channels every Tuesday. With the drama of the Braxtons, the southern charm of Duck Dynasty and the talent of Mary Mary, The Showers bring a unique twist of family dynamics while trying to navigate a career in music. In every family their is tension. But in this family pressure doesn’t bust a pipe but instead breeds excellence. With 7 of the 10 siblings being involved as members of the Gospel Family group The Showers their have been many valuable lessons learned. And many more on the Journey.

Released on the group’s family owned record label, A&P Records, on September 29, THE JOURNEY debuted at a strong number 3 on Billboard’s Top Gospel Albums chart and number 9 on the combined Billboard Top Christian/Gospel Albums chart. The album is among the top 15 highest selling gospel albums of the year to date.