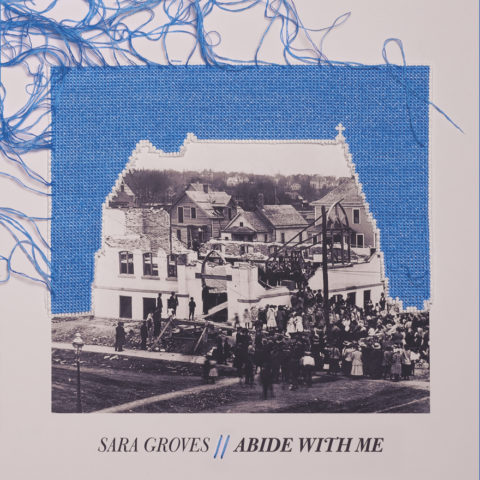 Singer/songwriter Sara Groves released her 13th studio album, Abide With Me, to critical acclaim recently. The widely praised release comes on the heels of Grove’s recent performance at the Ronald Reagan Building in Washington D.C., where Groves was the featured musical guest for Christian Music Broadcasters’ gala dinner, performing three songs off her new record. Groves was joined by keynote speaker Gary Haugen, CEO of the International Justice Mission (IJM), with which Groves has joined forces to advocate for victims of human trafficking for the past 12 years. The event was a part of an exclusive CMB preview of Museum of the Bible, where broadcasters where invited to Washington D.C. to tour the museum before its grand opening.

“For good reason, these songs keep coming back around to subsequent generations. This opportunity to hear them afresh, from such an appealing singer, is most welcome.” – Worship Musician

“Sara Groves’ Abide With Me is a haunting, homespun tour de force of re-imagined hymns and melodies. It’s both soulful and soothing, and good medicine for these troubled times.” – Jesus Freak Hideout

“Abide With Me by Sara Groves is a fresh take on the timeless hymns of the church. These stripped down musical arrangements help these deep and meaningful songs shine… a moving and prayerful listening experience which reflects how we are bound together as believers in faith.” – New Release Today

“The album’s beauty and depth are to be acquired through careful listening and reflection. At the end of the day, Abide With Me is not for the hurried and the superficial; it’s a meaty album prepared for those who wish to invest the time to get to know these songs as friends.” – Hallels

“The word ‘breathtaking‘ seems to sum up this album perfectly. The rawness of Sara’s version of hymns like ‘Abide With Me’ and ‘The Love Of God’ is just outstanding, proving that simplicity works well in music…” – Louder Than The Music

Abide With Me is now available on iTunes, Amazon, Spotify and Google Play.