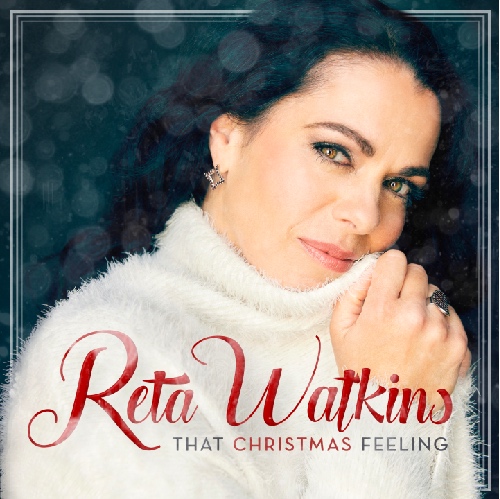 “I’ve waited my whole life to do this record,” says Reta. “My father passed away 10 years ago. I loved my dad so much, and one of my fondest memories was of us singing Christmas carols together. Dad was an outstanding tenor who grew up in the heyday of the big band/jazz era. We would sit together, listening to and singing along with the greats–Nat King Cole, Benny Goodman, Glenn Miller, Bing Crosby. In particular, he loved all things Christmas, and I loved what he loved, so I fell in love with the Christmas carols. I would listen to Christmas music all year long if I could.”
Reta’s new collection of holiday music is already receiving rave reviews.
“Wow, what a rendition!” says Bryan D. Seltzer, Sr. Editor, International Press Association. “Had my arms up praising and worshiping the Lord!!”
“I love her lovely music! Been listening to it all afternoon,” says Marjorie Carpenter, Sr. Producer/Chief Operating Officer, High Adventure Ministries and VOICE OF HOPE.
The gifted vocalist, who cut her musical teeth singing with her ‘musicianary’ family band, and later in the Christian acoustic pop band, Pilgrim’s Progress, breaks new ground with her debut solo project, That Christmas Feeling. On the new album, Reta revisits the rich repertoire of timeless holiday standards that have become the Christmas soundtrack for generations of Americans. The 10 lushly orchestrated tracks were produced by Scott Williamson (Point of Grace, Lincoln Brewster) and showcase Reta’s compelling vocal stylings. Tracks include the best of the big band era, along with a few more recent additions to the Christmas music lexicon.
The road to making That Christmas Feeling ran from Reta’s suburban Philadelphia home, straight to Nashville, where she enlisted the considerable talents of long-time friend and producer, Scott Williamson, who had been itching to produce a big band jazz record. Williamson enlisted the aid of his father, celebrated Dove Award winning composer/arranger Dave Williamson. When Dave unfortunately fell ill and passed away before the album could be completed, Williamson called on the talents of Jason Webb (Lauren Daigle, Amy Grant, Lee Brice, Richard Marx) to step in and complete the arrangements.
“Jason had to pick up the ball and run with it when my dad fell ill,” Scott explains. “Not only did Jason do five of his own incredible arrangements, but he also took the five that my father had started, and finished them in a way that blew everybody’s mind.”

A highlight of the project is the album’s first radio single, a stunning, big band version of the beloved contemporary classic, “Mary Did You Know” While retaining the song’s reverential awe, Reta injects a smoldering vitality that carries the tune from the familiar into uncharted territory. Reta wraps her mellifluous vocals around traditional big band holiday favorites like “It’s the Most Wonderful Time of the Year,” and the delightfully jazzy “Sleigh Ride.” Her emotion-laden take on the slightly melancholy, “Have Yourself a Merry Little Christmas” will have you raising a cup of wassail to absent friends and loved ones…and maybe wiping away a tear. Reta jazzes up the Paul McCartney fave, “Wonderful Christmastime,” pulls back for a swaying, flirty version of the Irving Berlin classic, “I’ve Got My Love to Keep Me Warm,” then evokes the smooth, silky delivery of Nat King Cole on “The Christmas Song.”

Producer Williamson pulled a pair of contemporary favorites from the songwriting team of Paul Marino and Jeremy Johnson to complement the album’s classic carols–the worshipful and peace-evoking piano ballad, “Behold Emmanuel,” and the heartbreaking jazz number, “Christmas in Heaven.” Of course, no Christmas album is truly complete without the worldwide best-selling single of all time, “White Christmas.”

“Growing up in the northeast, I experienced many white Christmases. That’s what I think of when I think of Christmas music–big band orchestration, classic holiday songs, fresh arrangements. With the joys and family traditions of the season, That Christmas Feeling is the soundtrack for that Christmas feeling that has always remained deep in my heart. I know Dad would be proud.”
For more information on Reta Watkins and That Christmas Feeling, visit retawatkins.com.