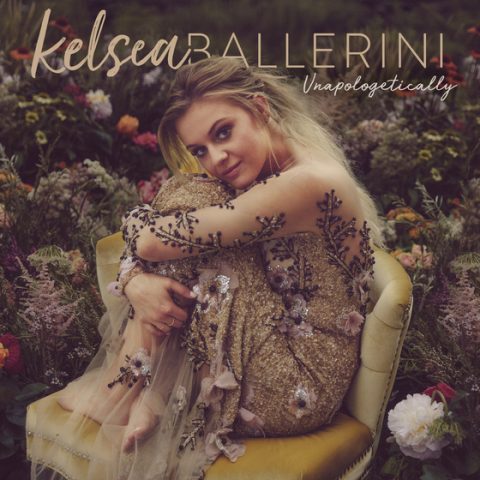 
Making spirits bright, the lively twosome will open the sparkling festivities with “Jingle Bells,” while Ballerini will also pour her heart into a romantic solo of “White Christmas” in front of a picturesque snow-kissed backdrop. The eighth annual two-hour holiday show was filmed from a sold-out Grand Ole Opry audience in Nashville.


Ballerini welcomed the holidays as the headlining entertainer for CBS’ The Thanksgiving Day Parade (11/23). In celebration of her acclaimed sophomore album, UNAPOLOGETICALLY, she performed her chart-rising lead single, “Legends,” plus her anthemic title track.


Earlier in the week, she brought “Legends” to both LIVE with Kelly and Ryan and ABC’s Dancing with the Stars (11/21). During the season 25 finale, pro Val Chmerkovskiy and troupe member Jenna Johnson complemented Ballerini with a beautifully choreographed routine, while she stood on an elevated stage in the middle of the grand ballroom. Yesterday (11/26), Ballerini also honored four young “Legends” being recognized during the Nickelodeon HALO Awards 2017, in addition to presenting Kelly Clarkson with the HALO Hall of Fame Award during the empowering “Helping and Leading Others” one-hour special.


In case you missed it, here’s Kelsea Ballerini on LIVE with Kelly and Ryan and ABC’s Dancing with the Stars. Likewise, watch her Nickelodeon HALO Awards 2017 performance.


Keeping the heart of Christmas alive, Ballerini can currently be heard in theaters as “Children Go Where I Send You” is highlighted in Sony Pictures Animation’s brand new animated motion picture The Star, as well as The Star: Original Motion Picture Soundtrack.


For more information on KELSEA BALLERINI and THE UNAPOLOGETICALLY TOUR, which launches this winter, visit KelseaBallerini.com and reach out to her on Facebook, Twitter and Instagram. Fans can also follow along the tour with #KB2TOUR.

About Kelsea Ballerini:
Dubbed GRAMMY nominee Kelsea Ballerini’s “grown-up statement” (Rolling Stone), the Black River Entertainment artist’s acclaimed sophomore album UNAPOLOGETICALLY takes listeners on an intimate journey of loss, life, and love. “Legends” marks the first chart-rising single among the 12-track compilation – all written or co-written by Ballerini. Following a sold-out first headlining tour, THE FIRST TIME TOUR, last year, Ballerini kicks off THE UNAPOLOGETICALLY TOUR this winter. The record-breaker skyrocketed to stardom after releasing three consecutive PLATINUM-certified, #1 smashes from her critically acclaimed, GOLD debut album THE FIRST TIME – “Love Me Like You Mean It,” “Peter Pan,” and “Dibs” – making her the only female artist in Country music history, including female duos and groups, to achieve this accolade. Ballerini has appeared on the cover of Billboard Magazine’s GRAMMY preview issue, was included in Forbes’ “30 Under 30” class of 2017, and featured in People Magazine’s “Beauty at Every Age” list in their iconic World’s Most Beautiful issue for 2017. Praised by The New York Times as an “elegant songwriter,” Ballerini has received the esteemed ASCAP Vanguard Award, CMT’s Impact Award after being chosen to be a part of CMT’s Next Women of Country, Nashville Business Journal’s Artist of The Year, ACM Honor’s Gene Weed Milestone Award, iHeartRadio Music Award for Best New Country Artist, ACM Award for New Female Vocalist of the Year (2016), ACCA Award for Breakthrough Female of the Year (2016), multiple Radio Disney Music Awards, and Billboard’s Rising Star title at the prestigious 2015 Women in Music event.