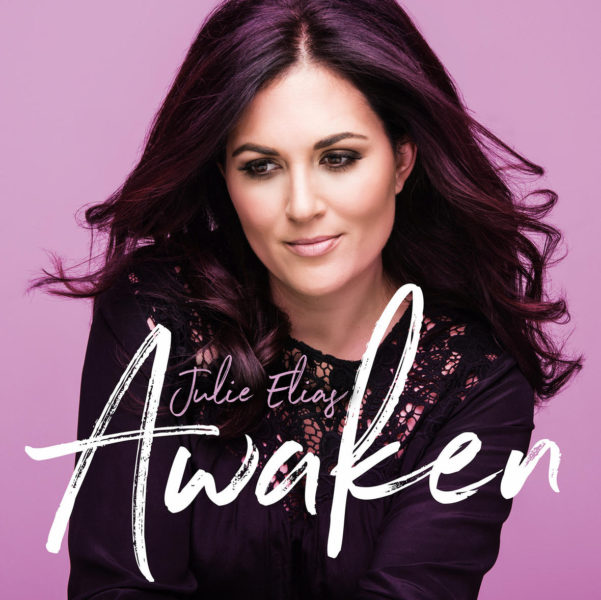 November 20, 2017 (Nashville, Tennessee) –Julie Elias is set for a Thanksgiving holiday filled with gratitude as the Christian entertainer celebrates a career first of breaking into the Top 50 on the Billboard Christian INSPO/Soft AC charts alongside the release of her new album, “A Girl Like Me.” The chart-climbing single, “Awaken,” is the debut release from the 12-song album.

“Thanksgiving, for me, is always a time to stop and reflect on the blessings in my life,” Elias says, “This year, I’m especially grateful that my music is connecting with people and I’m excited for how well ‘Awaken’ is doing at radio, especially at the same time that my new CD is out.

“My new album is really special to me, because the songs speak to my heartfelt, honest battle with feelings of loneliness and worthlessness,” she says. “These are feelings that we all experience but we don’t have to live with them. The songs on the album look at how God’s faithfulness inspires confidence and strength in our weaknesses. When we are at our lowest is when we need to remember we are loved and even a ‘girl like me’ is worthy of God’s love. I want everyone to know they are worthy of God’s love.”

In addition to “Awaken,” which is inspired by Romans 13:2 and, according to Elias, “is about closing the chapter of darkness in your life and stepping out into the light, committing to God that you’re ready to obey Him and do His work,” the CD features songs centered on the theme of 2 Corinthians 12:9-10.

“But he said to me, ‘My grace is sufficient for you, for my power is made perfect in weakness.’ Therefore I will boast all the more gladly about my weaknesses, so that Christ’s power may rest on me. That is why, for Christ’s sake, I delight in weaknesses, in insults, in hardships, in persecutions, in difficulties. For when I am weak, then I am strong.”

“We need to acknowledge those very weaknesses, fears and failures that make us feel like we aren’t good enough,” Elias said. “But instead of succumbing as a helpless victim, we need to choose to trust God more than we did before and fight the darkness with bravery and fortitude He gives us.”

Elias’ new CD showcases various musical styles. “Forgive Me,” a song about repairing a relationship, and “Only For Awhile,” a semi-autobiographical song about how the seasons we go through in life make us who we are, feature the musician’s signature piano-pop style. Two worship songs, including a cover of Kim Walker-Smith’s “Alive” and “Unchained,” which Elias wrote, are on the project. A theatrical ballad reminiscent of 80s rock titled “Wherever You Roam” was penned with high school graduates in mind as they prepare to embark on their first experience away from home. “Run Away” and “Lost,” two songs written about times when Elias trusted God rather than flee a situation, are also on the CD.

Elias, who has released five studio albums, including a Christmas EP, also has formed Aurora Ministries, a 501(c)(3) organization, that presents day-long events throughout the nation blending drama, music and special speakers especially for girls in grades 6-12 and their mothers.

The musician, who counts Sara Bareilles, Kelly Clarkson, Carrie Underwood and Francesca Battistelli among her influences, tours regularly in support of her music and ministry. Elias has a number of performances set for the remainder of the year, including shows in the South and on the West Coast.