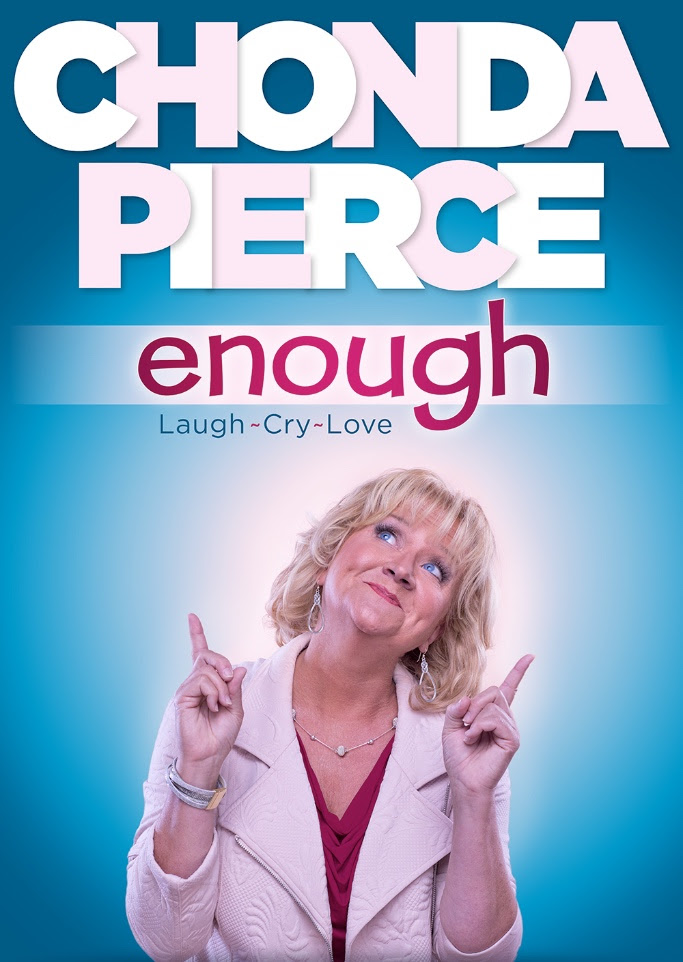 A moving testament to the power of faith and friendship, beloved comedian Chonda Pierce’s 2017 box office hit “Enough” comes home to DVD December 1. The Sony release explores Pierce’s journey since the tragic loss of her husband three years ago, ultimately serving as a poignant reminder that no matter what life holds, our true identity is only found in Christ.

With more than 80 minutes of never-before-seen special features, “Enough” includes an extended conversation with Pierce and acclaimed comedian Mark Lowry, as well as segments on sisterhood and friendship, and an interview with Pierce’s tourmate, singer/songwriter Karyn Williams.

The DVD will be available at Mardel Christian Bookstores and select independent Christian stores around the country, as well as at Amazon.com and ChristianBook.com. “Enough” will also be offered on-demand from ChristianCinema.com, iTunes, Google Play and Amazon Video. In addition, the DVD is set for purchase at LifeWay Christian Stores beginning January 1.

“Chonda’s latest movie ‘Enough’ is MORE than enough,” says GRAMMY® Award-winning vocalist Sandi Patty. “It is hilarious, of course. It is also so moving, inspiring and hopeful. Chonda’s story has so much depth and you’ll love her even more after seeing this movie.”

Earlier this year, Fathom Events/Fuseic Entertainment premiered “Chonda Pierce: Enough” in theatres around the country for one night, garnering the highest per screen average of all nationwide theatrical releases that day. The film’s debut and encore presentations were viewed on a combined total of 1,570 screens. “Enough” follows Pierce’s 2015 award-winning Fathom Events/Fuseic Entertainment box office hit “Laughing in the Dark,” which saw sellouts in more than 125 theatres around the country during its one-night cinema debut.

A stand-up comedian, television hostess, actress and author, Chonda Pierce has been making people laugh for more than two decades with her winning combination of fierce wit and southern charm. The Recording Industry Association of America’s (RIAA) best-selling female comedian of all time, Pierce has six Platinum DVDs, three Gold DVDs and five Daytime Emmy® Award nominations to her credit and has been ranked among Pollstar’s top-selling live performers.

“Chonda Pierce: Enough” will retail for $17.98. For further information, visitchondamovie.com or turningpointpr.com.