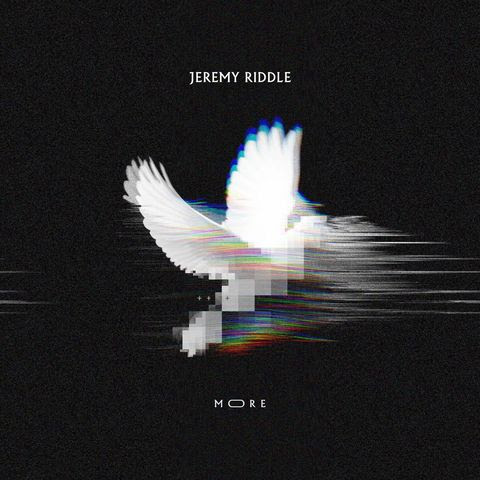 With hits such as “Sweetly Broken,” “Furious,” “Breaking Through” and “This is Amazing Grace” to his writing credit, Jeremy Riddle is releasing More on Nov. 17. This marks his first album in seven years, and his first solo record with Bethel Music.

“The record really started as a feeble cry of praise, not a roar, but then it began to grow and strengthen,” explains Riddle. “Once I had a couple songs under my belt, I realized, there’s still something in here that is worth sharing. It’s a battle when it comes to creativity. It’s spiritual. It’s never been the external critics — people who love your work or have some beef with it – my battle is internal. The enemy is so opposed to the children of God creating the things we’re meant to create.”

This album adds new anthems to the many Riddle written songs that have influenced corporate worship yet it definitively dances down new paths, sonically speaking. Honing in on scriptures like 2 Corinthians 3:18, More thematically focuses on the holy momentum we tend inside our hearts, a curiosity that cannot be quieted and the hunger that moves us forward into greater things with God. Riddle worked with a trio of producers comprised of Los Angeles-based brothers Ran and Ricky Jackson alongside Nicholas Balachandran.

“There isn’t one filler song for me on this record. Every single song carries significance, it has a story,” shares Riddle. “Every song came from an authentic place.” The collection of a dozen songs includes the emotional “Shadow,” the journey inspired “Even If” and “Sing to My Heart” and the corporate anthem “All Hail King Jesus,” birthed from Riddle’s time in helping launch Bethel’s young adult ministry, Tribe.

Jeremy Riddle is a worship leader, songwriter, and pastor at Bethel Church in Redding, Calif. Riddle has been an integral writer on many Bethel Music albums on songs such as “This Is Amazing Grace,” “Breaking Through,” “Be Enthroned,” “Fall Afresh,” “Furious,” “God of the Redeemed,” “To Our God” and “Love Came Down.” Originally from New Jersey, Riddle attended the Anaheim Vineyard in Southern California throughout his teen years and later became a youth pastor and worship leader there. It was during his six years in these roles that his musical career as a songwriter developed. He released his first full-length album, Full Attention, in 2007 which includes the well-known song, “Sweetly Broken.” In 2011 he releases his sophomore album, Furious. In 2009 Riddle and his family moved to Redding, Calif. to attend Bethel Church, and he has been part of the Bethel Music Collective since 2010. He serves pastorally on the Bethel Redding Core Team and is passionate about seeing others connect with the call on their lives and seeing dreams realized. He spearheaded the inception and development of Bethel’s Young Adult Ministry, Tribe. More marks Riddle’s first solo project since 2011, his fifth career release and first solo project under Bethel Music. Riddle prioritizes time with his wonderful family. He and his wife Katie have five children.