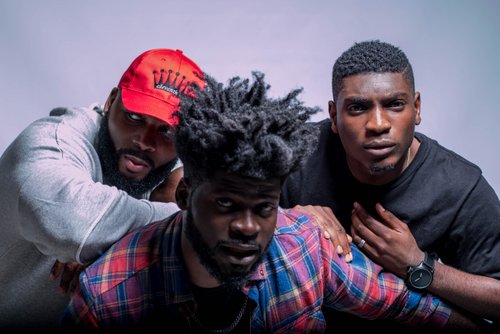 RMG Amplify welcomes Role Model Records to its growing list of clients. The label, founded in 2010 by Sola Ogunbitan, has blossomed into one of the top upcoming companies in hip-hop. RMG Amplify will be assisting RMR in promoting new projects by Dru Bex, Shopé and newly signed artist to the RMR roster, Lord Badu.

Ogunbitan first connected with RMG’s Doc Watson when Role Model Records was a few years old. They then met in person later at SXSW and the relationship continued as RMR sees Doc and Derek Minor’s company as a role model for its own business.

“Doc has pretty much been a mentor to me,” Ogunbitan says, “someone to give me advice and feedback, so it made sense to keep the relationship growing that I already had. What they do with their artists is exactly what we want to do with our artists.”

“I am excited about Role Model Records,” Doc shares. “Sola already has two great artists on his roster in Shopé and Dru Bex. Both of them are great guys that I support one hundred percent, so I’m also excited about the addition of Lord Badu to the team.”

As Dru Bex and Shopé have journeyed through the music industry, they have become genuine friends with the RMG artists. Ogunbitan is looking forward to partnering with RMG Amplify for more than just business moves, but also for the true support system.

“They’re a bunch of amazing people,” he says. “They don’t just say things in their music, but they are intentional in really caring for others.”