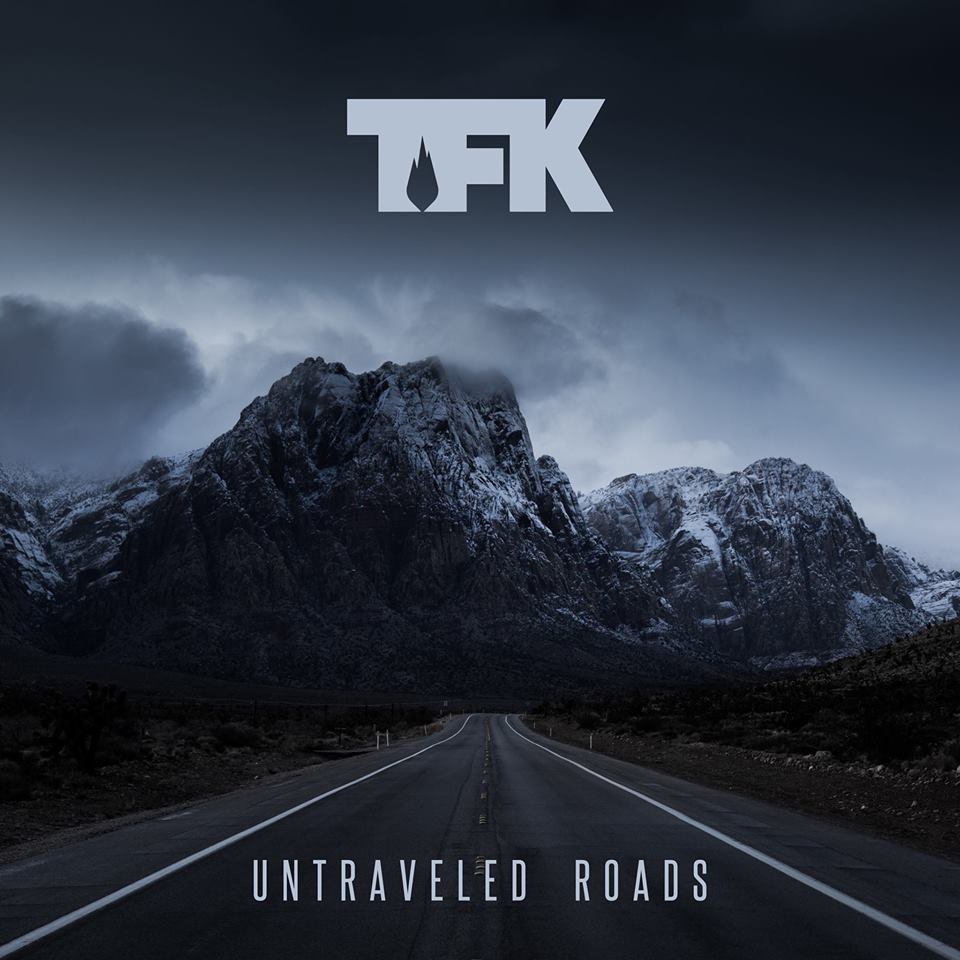 Untraveled Roads was recorded in front of more than 462,000 music fans packing stadiums coast-to-coast earlier this year and experiencing TFK delivering its high-octane hits spanning the trio of independently-released, widely-acclaimed albums EXHALE (2016), OXYGEN:INHALE (2014) and The End Is Where We Begin (2012). Included on the 12-song recording are eight of the band’s last nine Active Rock radio singles, including “Courtesy Call,” “Running With Giants,” “War Of Change,” “Push,” “Let The Sparks Fly,” “Born This Way,” “Light Up The Sky” and the title track, “Untraveled Road,” which TFK unveiled as the first live-in-concert video from the project at www.youtube.com/user/tfkofficial.

Along with the interviews, critics are chiming in, lauding Untraveled Roads: Tattoo.com’s writer calls McNevan’ s vocals “uninhibited” and says, “Hearing this album is the next best thing to seeing this band on stage. I urge you to do both.” Shockwave Magazine similarly lauds the strength and versality of McNevan’ s voice, saying, “This album is exactly what you’d expect from a band that has great live energy and strong musical talent.” CCM calls TFK “one of the most explosive live bands of the last decade-and-a-half” as RARAS Farm adds, “McNevan’s vocals are stellar throughout Untraveled Roads. He’s got a dynamic voice and charismatic stage presence. He’s an under-appreciated front man who shines on this album.”