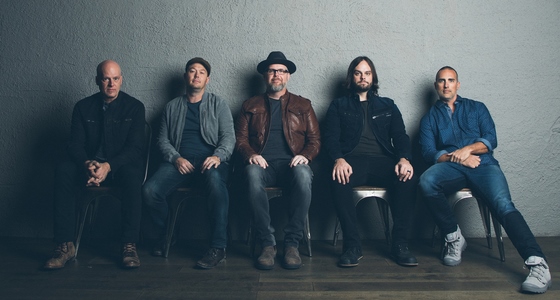 MercyMe Has Unprecedented Radio Run With Even If

Multi-platinum selling MercyMe‘s chart-topping radio single “Even If” dominated the Billboard and Mediabase radio charts with a 19-week streak at No. 1. The resonance of the song has also continued to place it at No. 1 on the iTunes® Christian chart for multiple weeks.

LIFER, their latest album which includes the hit song, earned MercyMe an impressive five Gospel Music Association (GMA) Dove Award nominations, including honors in top categories like Artist of the Year and Song of the Year. The group will perform at the 48th Annual GMA Dove Awards taking place in Nashville on Tuesday, Oct. 17, and airing exclusively on the Trinity Broadcasting Network (TBN) on Sunday, Oct. 22.

MercyMe recently posted on their Facebook page the teaser trailer for the much-anticipated new movie “I Can Only Imagine,” which opens in theaters March 16, 2018. The teaser trailer was viewed by more than 31 million people since its release in late August. The large response jettisoned the hit song back to No. 1 on the iTunes® Christian chart.

The American Music Award winners will take “Even If” and more of their hits to audiences nationwide during the second leg of their headlining LIFER tour kicking off on Oct. 7. For more information, visit www.MercyMe.org.