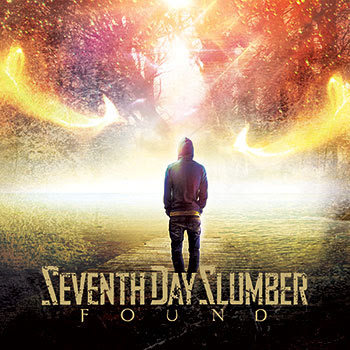 Review: Seventh Day Slumber Have Found Themselves With New Record

Seventh Day Slumber (7DS) is a band that has been a huge part of my life since my childhood. Albums like Once Upon A Shattered Life, Picking Up The Pieces and Finally Awake easily placed them on a pedestal and made them a reference point for Christian Alternative Metal/ Post-Grunge music.

However, sometime around 2009 (probably due to pressure from their record label), they became just another worship band trying to find their place in the world. After releasing a few albums of seemingly recycled songs, they signed to VSR in 2014 and made a surprising return to Rock music with the 9 track album We Are The Broken.

They released their Redline EP in 2015 building on the momentum of We Are The Broken. This brings us to this day, three years after they signed with VSR, Seventh Day Slumber gives us Found.

Sky Is Falling begins this album taking listeners back to early 7DS albums with beautiful riffs and an amazing guitar solo from Jeremy Holderfield that easily reminds any old fans of the reason why they love this band. Horizon and Found (the title track) are less aggressive in nature. The former easily reminds you of the calmer tracks from old albums while the later borrows a page from their more recent worship phase while still maintaining the classic 7DS sound.

Mercy Meets My Pain and Till The End are worship songs that plunge right back to the BEC Recordings days. This isn’t necessarily a bad thing because they are really powerful songs that deserve attention. Mercy Meets My Pain particularly touches me at a very deep place and I could listen to it over and over again.

Tomorrow Breaks (Into The Fire) and Fallen deliver on what they were intended to be- solid rock songs. There is nothing particularly ground-breaking about them but both songs have a ‘grow-on-you’ effect that keeps you hooked after multiple listens.

My Last Words is a solemn anthem and a perfect end to the album. With a powerful chorus that says- ‘Let my last words be a melody to the tune with which my heart beats for you/And this place I stand wasn’t the working of my hand/I was carried here only by the blood/I will only sing your praise/I know amazing grace will be my last words’ – there is no denying that this song will be on the lips of many for years to come.

With this album, it’s safe to say that Seventh Day Slumber has found their form again. This doesn’t mean they returned to the days when they released purely rock albums. It’s pretty obvious from this album that the band has no intention of sweeping their worship days under the rug. Instead, they have learned from that phase of their career and have used that knowledge to create a fully conscious album that culminates all they have been throughout the years.

Found is a complete package that will satisfy fans of all the phases of Seventh Day Slumber.