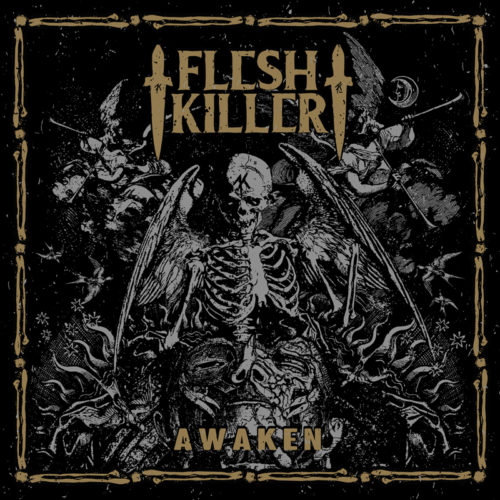 Fleshkiller have just released a live video for their new single “Warfare,” from the upcoming LP “Awaken,” due out September 15.

“Warfare is one of the most intense songs on the album with an old school thrash/death inspired beat that lends itself perfectly to some headbanging!
Lyrically this song speaks about how humankind’s history of warfare ultimately leads to death and destruction and that we need to seek a better way.” – Olė Borud, Fleshkiller