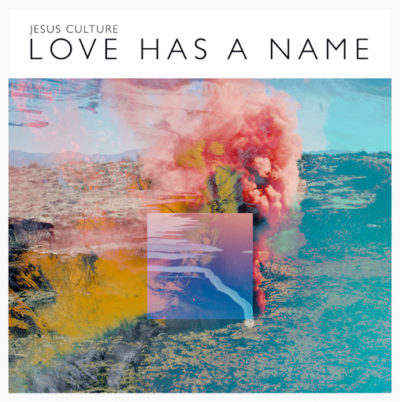 “Our heart and our goal with all of our albums has always been to capture a moment,” shares Jesus Culture worship leader Kim Walker-Smith. “When we worship we want to be able to move beyond the launching pad of the song and into an encounter with Jesus. Love Has a Name is our 10th record that does just that. It’s a collection of songs that we wrote with our church in mind, thinking of all the people walking through the different seasons with us. It was recorded at our church with all of our amazing Jesus Culture Sacramento family singing their hearts out. We encountered Jesus because He is so faithful to meet us every time. We pray that all who listen to this album encounter the God of breakthrough and that He would change our lives once again.”

This release follows the group’s 2016 highly impactful album, Let It Echo, which debuted at No. 16 on the Billboard Top Albums chart. Jesus Culture music has continued to create worship anthems for their local congregation as well as for those around the world. Jesus Culture also began the Outcry Tour Friday night in Spokane, Wa. and runs through the rest of the month – dates listed below.

“Fans of Jesus Culture and followers of their movement won’t be disappointed by this album. The live recording framework of the album allows the listener to feel as if they’re right in the congregation alongside other worshippers.” – The Christian Beat

ABOUT JESUS CULTURE: Jesus Culture is a community of worship leaders and musicians who’s heart is to see a generation impacted by encounters with the presence of God. Originating out of the Jesus Culture movement which began in 1999, they recorded their first album in 2005 at their youth and young adult conference in Redding, CA. Since then Jesus Culture has released nine annual live albums and over 20 solo artist albums. Jesus Culture leads worship both at their local church in Sacramento, CA and abroad through conference events that have reached 300k+ people in more than 100 cities and 15 countries. Jesus Culture has sold more than 1.3 million albums worldwide since their debut project in 2005 and garnered more than 3.8 million followers on social media, more than 206 million audio and video streams and over 82 million streams on YouTube. Jesus Culture is focused on equipping a generation to transform society by bringing people into an encounter with God’s love through worship and discipleship. The songs they release capture the heart of the movement.

Buy Love Has A Name
iTunes