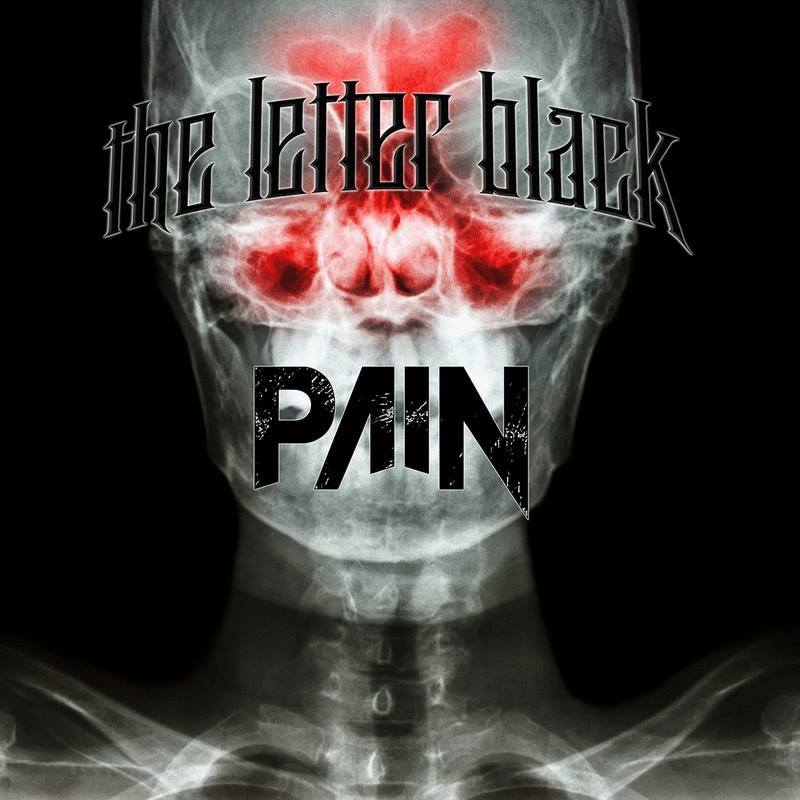 The Letter Black, hard-rockers from Pittsburgh, PA, are back with their third studio album, Pain.  This new effort sees them experimenting with a slightly new and heavier sound, with more intense vocals and some added electronic elements.

The record blasts off with “Fear.”  After a mysterious intro, the guitars kick in with a killer hook, and the drums announce their considerable presence.  The vocals enter a moment later, hovering over a seething undercurrent.  Comprised of heavy, at times dissonant guitars and passionate vocals, “Fear” is a great opener for the album.  “Last Day That I Cared” keeps things rocking with even more killer guitar hooks.  The power of Sarah Anthony’s voice is even more evident without the effects present on the first track.  “Last Day That I Cared” speaks of breaking free from someone with a selfish and controlling mindset.

Title track “Pain” begins with a slightly out-of-tune piano, lending an eerie atmosphere to the song.  The chorus, in contrast, has an incredibly full guitar sound, and the song also includes a great guitar interlude towards the end.  “Pain” sings of the choice we all have when faced with all of the pain in the world around us; do we simply turn a blind eye, or do we reach out and help ease the suffering of others?  “Rock’s Not Dead” is a fun anthem proving that rock is, in fact, alive and well.

“Alive” is one of the stronger tracks on the album.  It is a ballad that allows Sarah Anthony’s voice to really shine.  The beginning is simple, yet beautiful, with just a piano melody ringing out.  Strings swell at just the right moments, imparting a depth of emotion that echoes the lyrics – lyrics that express gratitude for the life we have through Jesus Christ.

The next song, “Rise from the Dead” pulls a 180, bringing back the blistering guitars and showcasing some pretty impressive drumming.  It makes an interesting analogy using zombies, speaking of the demons we have buried and moved on from, and warns against waking the dead and revisiting issues that are dead and forgotten.  “Tear You Apart” also issues a warning, this time against the tendency to always want something more, something better, rather than being content and grateful for the blessings that we already have.

Overall, this is a worthwhile rock album, with some pretty epic guitar riffs, and some lyrics that touch the heart.