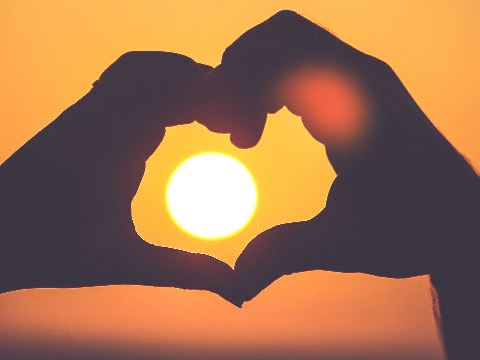 Hi there, it’s Iain the editor here. In light of the terrorist attacks here in my country in recent times, I’m taking over this week’s sunday encouragement.

I wasn’t a fan of most of the music tonight, I wasn’t a fan of the way Little Mix were dressed, and I could go on, but that’s neither here or there tonight. Tonight was about showing unity, and they showed that in spades, and then some.

As I was watching it I posted a personal facebook status that read as follows, “terrorists, wanna know how terrified you’ve made us? just take one look at the one love manchester crowd all holding 1 finger in the air, singing as 1, united as 1. christian or muslim, black or white, straight or gay…we all still love each other, even more now than ever. You want to divide us? well guess what, you’ve failed, and you always will. we are 1.”

There was one main thing I took away from tonight though, why can’t we show love to each other on a daily basis? why do we wait until times like this to show our love and compassion for each other? As Christians, we’re encouraged to give out the Love each and every day. So that’s my challenge/encouragement for you from here on out, let’s show love to our families and friends, to our neighbours, to the strangers on the street at all times, not just when terrorists strike etc. And you know what, let’s go one step further too, let’s shine our Light as bright as Justin Bieber shone his at the concert tonight. We’re Christians, let’s show it! We have this AMAZING NEWS of our LORD AND SAVIOUR – let’s SHARE IT!!!

There are three songs for this week’s post…
1. Britt Nicole – Be The Change

“There is no fear in love. But PERFECT LOVE DRIVES OUT FEAR, because fear has to do with punishment. The one who fears is not made perfect in love.” – 1 John 4:18