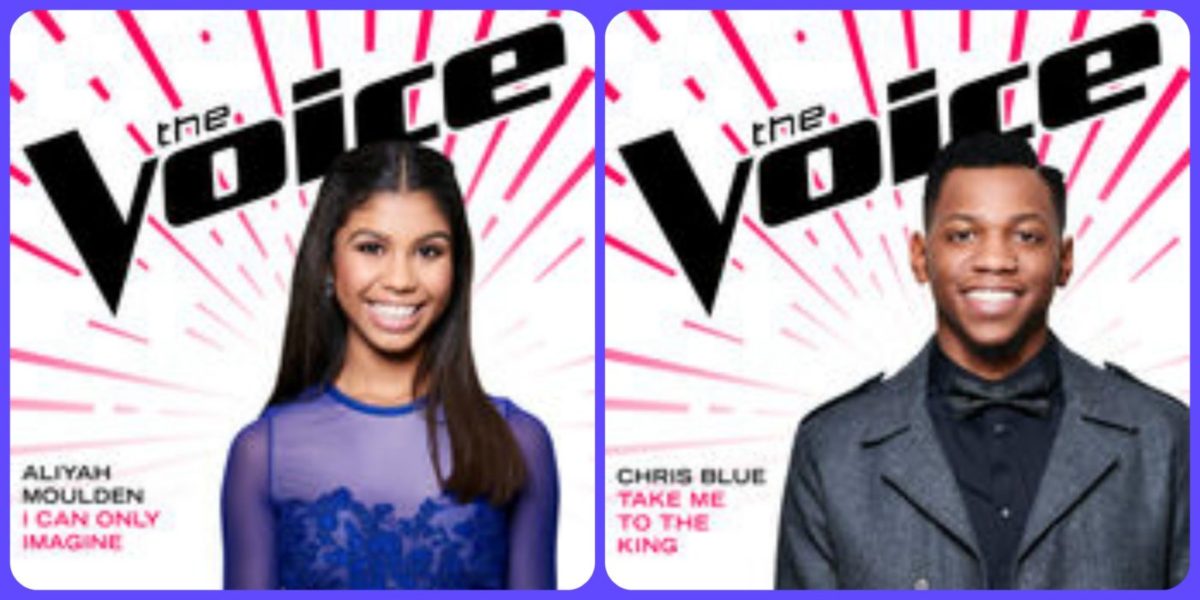 It is refreshing and encouraging when the gospel’s message is delivered through mainstream media. The latest examples of this transpired on The Voice 2017 semi-finals. Fifteen year old, Aliyah Moulden of Coach Blake Shelton’s team proves she’s in it to win it with a rendition of “I Can Only Imagine” by MercyMe. Chris Blue of Coach Alicia Keyes’ team also made it through the Semifinals with Tamela Mann’s “Take Me to the King.”

Watch Aliyah’s performance on The Voice above and Chris’ below. Catch up on episodes of The Voice and vote for your favorites here. 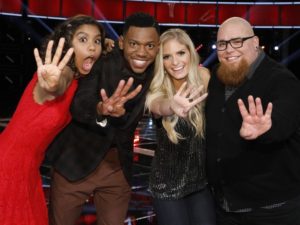 On “The Voice,” the strongest vocalists from across the country compete with one another, in teams coached by today’s biggest names in music, for a chance to win a recording contract. In Season 12, Gwen Stefani rejoins coaches Adam Levine, Blake Shelton and Alicia Keys — returning for her second season as coach — in the search for the most talented singers in America. Following the blind auditions, artists who turn the coaches’ chairs are recruited to Team Alicia, Team Adam, Team Blake or Team Gwen – and will face off against one another in the battle and knockout rounds. In the live shows, viewers vote for their favorite artists each week. Only one winner will be crowned The Voice.

Purchase “I Can Only Imagine” – Aliyah Moulden on iTunes


Purchase “Take Me to the King” – Chris Blue on iTunes