In recognition of her significant contributions to Nashville and its musical heritage, six-time GRAMMY® winner Amy Grant was inducted into the Music City Walk of Fame. Joining Grant were longtime friend and CAA agent John Huie, and Bart Millard from GRAMMY® nominated multi-platinum selling band MercyMe, who gave an incredibly moving and heartfelt introduction to Grant. 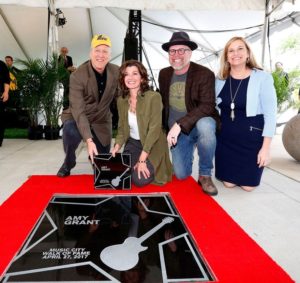