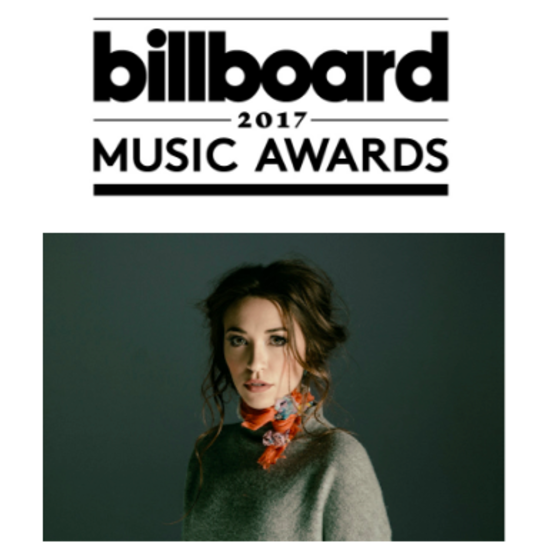 The Billboard Music Awards will be broadcast live from T-Mobile Arena in Las Vegas on Sunday, May 21, 2017 at 8pm ET/5pm PT on ABC. According to Billboard, the BBMA nominees are based on key fan interactions with music, including album and digital songs sales, streaming, radio airplay, touring and social engagement. These measurements are tracked year-round by Billboard and its data partners, including Nielsen Music and Next Big Sound. The awards are based on the reporting period of March 18, 2016 through March 16, 2017. For more information regarding the 2017 Billboard Music Awards, visit BillboardMusicAwards.com.

LAUREN AND THE ACM’S: Lauren Daigle recently had the honor to appear on the 52nd Academy of Country Music Awards™ performing with 14-time ACM Awards® winner and 14- time ACM Awards® host Reba McEntire. Touted as one of the top collaborations of the evening, the duo performed McEntire’s single “Back to God” from her latest album release. Their version of the song is now available for purchase by visiting iTunes.

The Academy of Country Music Awards were held April 2 in Las Vegas at the T-Mobile Theater and broadcast live on CBS.

OUTCRY TOUR 2017: Following her first appearance on the Outcry Tour in 2015, Daigle will again join the popular tour this spring. Kicking off April 20 and running through May 13, Outcry Tour 2017 will be hitting key markets such as Minneapolis, Chicago, Washington, D.C., Atlanta, Orlando, and many more. Click here for the most updated tour dates.

How Can It Be spent six weeks at No. 1 on Billboard’s Top Christian Albums chart. The album also premiered in the Top 30 on the Billboard 200 and reached No. 1 on iTunes’ Christian Gospel Top Albums Chart. To date, the album has achieved an astounding 880,000 in total consumption, including 610,000 album sales, nearly 1.3 million in track sales, and more than 220 million streams, positioning Daigle as the fastest-selling new artist in Contemporary Christian music in the past decade. In her career to date, Lauren Daigle has had more than 172 million YouTube and Vevo views, with approximately 479,600 subscribers. Her video for “Trust in You” has had more than 28 million views.

Buy How Can It Be (deluxe) on iTunes here