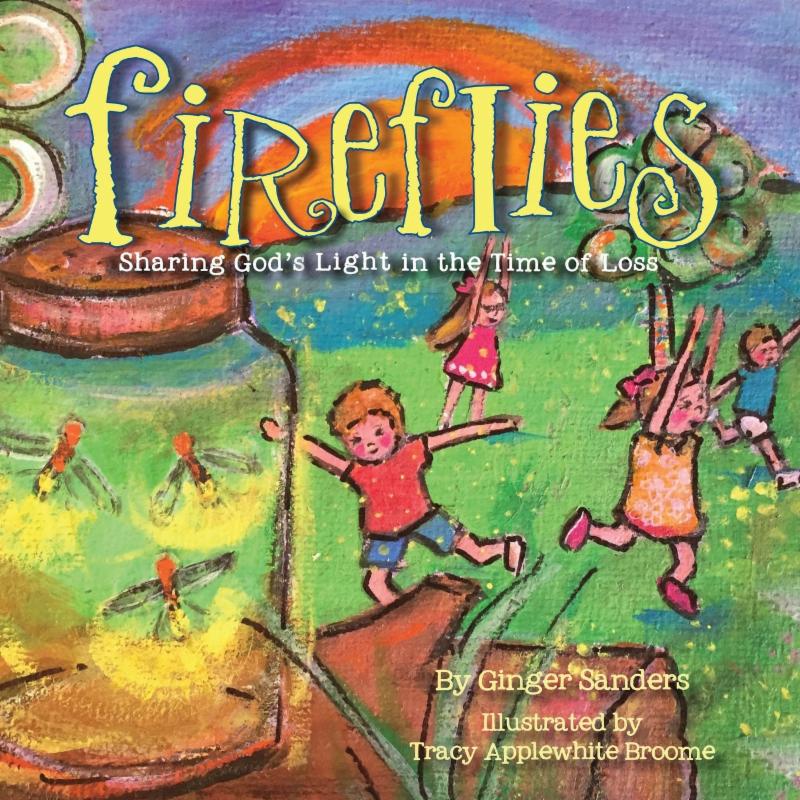 Author, speaker and chaplain Ginger Sanders is thrilled to announce the recent Book of the Year nomination for her poignant children’s book, Fireflies: Sharing God’s Light in the Time of Loss, by the Christian Small Publishers Association.

Published by Xulon Press and beautifully illustrated by Tracy Applewhite Broome, Sanders book deals with talking with young children about the difficult subject of the death of a loved one. Fireflies was nominated in the Children (Ages 4 to 8) Book of the Year category.

The CSPA Book of the Year Award honors outstanding Christian books from independent and small-press authors. The final awards are determined by readers. Fans can cast ballots for their favorite Christian small press book online at christianpublishers.net/17votes.

“Fireflies is based on a true story about God revealing death in a way that is easy enough for a child to understand,” says Sanders. “I am so grateful to the family that allowed me to share, so others may find peace in a time of loss. And I’m so honored for the book to receive the Book of the Year nomination from the Christian Small Publishers Association.”

Sanders is no stranger to tragedy. As a chaplain with the Billy Graham Rapid Response Team, she has been on the scene just hours after such horrific events as the Sandy Hook Elementary and Aurora Theater shootings, in addition to a multitude of catastrophic natural and man-made disasters, and she recognizes that suffering is no respecter of persons. While she acknowledges that bad things happen to good people, she has also seen lives changed and souls saved through God’s amazing grace, even in the midst of unimaginable grief.

“Earthquakes, hurricanes, tornadoes, floods, fires, and man-made disasters…it is not a pleasant thing to contemplate, but it is nonetheless a universal truth, an incomprehensible paradox,” she acknowledges. “The human condition is frail, but God is bursting with life! Through all this pain and grief, God allows us to be His hands and feet, offering those who are suffering the love of Jesus through the power and strength of God.”

Sanders is currently preparing to attend the National Religious Broadcasters International Christian Media Convention (NRB), which will be held in Orlando, Florida from February 27 to March 2, 2017. While at NRB, Sanders will be meeting and interviewing with ministries and media outlets from around the country.

Sanders’ latest book is Fireflies. To learn more about Sanders, He Goes Before Us and Fireflies, visit gingersanders.com.