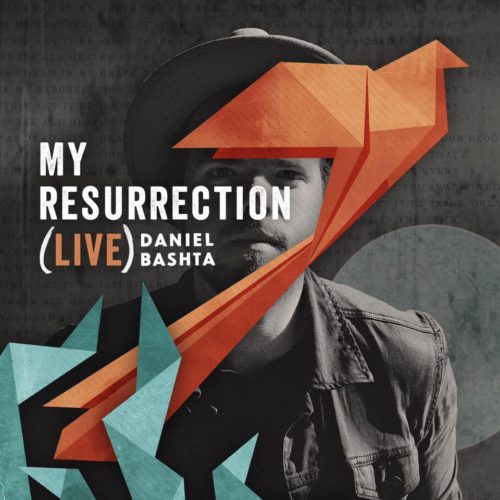 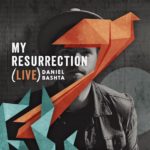 There can be no life apart from death. At least that’s what singer/songwriter Daniel Bashta believes. He’s experienced both throughout his story thus far. Yet, in the middle of what felt like the darkest season, the light of God’s merciful resurrection showed up, changing everything. Over the course of close to a decade, Bashta has been on a journey of self-discovery, attempting to discern where he—with all his God-given strengths—belongs. Now, he’s finally found a home at a quietly rebellious church in Atlanta, Ga., and he’s ready to share the spirit of his beloved community with the world on his latest live album, My Resurrection (GoForth Sounds).

The son of missionaries, Bashta—best known for writing “God’s Not Dead (Like a Lion)”—grew up all over the globe, living in Russia, China and Amsterdam. While studying in London, he fell in love with worship after meeting Matt Redman and Tim Hughes. And that set in motion a career in ministry, helping to plant churches and lead worship all over the U.S. Throughout the years, his original songs have been recorded by Newsboys, Third Day, David Crowder, Passion Band, Jesus Culture and Bethel Music. But in the early 2000s, a pastor questioned his calling, telling Bashta he didn’t fit into the traditional worship mold—his personality too brash; his songs too creative.

They were all lies from the enemy, but nonetheless, they took root in Bashta’s head and heart. “I remember when he said that, I just felt like this curse, this dark cloud, came over my life,” he admits. “I think for a season, I tried everything to fit in. The more I tried to fit in, the more I lost myself and the further I strayed from who God made me to be.”

Feeling like they had been kicked out of their church family, with no money and little purpose, Bashta and his wife set out in search of a new start, which inspired a move to Atlanta. “We got really hurt and really, really bitter,” Bashta shares. “We basically just lost our heart for the local church.”

The storyteller in Bashta soon found a new creative outlet through launching a non-profit. He threw all of his energy into GoMotion Worldwide, an organization that uses music, media and missions to shine a light on people doing good. “We sing songs; we tell stories; and we create change,” Bashta says of the ministry’s primary vision.

Professionally, Bashta was struggling to make ends meet and attempting to discern why he was so misunderstood. Personally, he and his wife began to grow their family. Following the successful adoption of their first son, they filed paperwork to adopt a second child. However, they soon learned they were pregnant—after battling infertility—and halted the adoption process. It was an uncanny pattern that seemed to continue each time they filed for adoption. Today, Bashta has four children—one adopted child and three biological kids—all six and under.

Fatherhood proved to be precisely what Bashta needed. “It basically started this healing in our lives,” he says of the miracle of adoption followed by the birth of his three other kids. “Maybe it’s becoming a dad once over and over and over, but I’m seeing that even my songwriting style is changing.”

In the midst of experiencing the gift of parenthood four times over, Bashta saw “God’s Not Dead (Like a Lion)” became a massive No. 1 radio hit sung around the world. For Bashta, the anthem became a personal declaration.

“It’s really this song of hope and freedom from all these voices that were trying to change me or not let me be myself,” he says. Maybe his brand of music had purpose, after all.

Gradually, God also began to call Bashta and his wife back to the local church. Today, he’s the worship leader at Atlanta’s RiverStone Church, a multi-generation community of like-minded believers who have embraced Bashta just as he is.

“It’s been this journey over the last eight years of things that were dead inside of us and people who told us we couldn’t be who God created us to be,” Bashta offers. “The healing that has happened to my wife and I in the last eight years has been unbelievable. We went from being broke and having nothing to all of a sudden finding a family, starting a family and seeing God just bring so much healing. We’re not the same people anymore. So much has changed in our hearts. God has completely restored our love for the local church.”

That’s why it was significant for Bashta to record a live album that invites the world to worship alongside his community. My Resurrection captures the unbridled spirt of Bashta’s paint-outside-the-lines worship through a mix of new selections and familiar songs that are already being sung in churches globally. “I think this record is a testament to this journey we’ve been on, looking back at what God has done in our life,” he attests. “We went from being so full of death and being jaded to now being so full of life and full of this resurrection spirit.”

Marked by his adventurous creativity and reckless abandon in the same vein as one of his greatest influences, Keith Green, My Resurrection (Live) celebrates the acceptance and fervor he’s found within his local congregation. “This record is probably one of the least produced records I’ve done, but it’s the most fun record, because we’re with family. What’s better than that?” he asks. “This is a true interpretation of how we lead worship, the songs that we sing, and what we’re about.”

The album’s eight tracks are all penned by Bashta, with the listening experience clocking in at just under an hour. “The church was the first place where I would introduce a new song before anyone else had heard it in a corporate way,” he says. “I just wanted to make a simple record for our church of us singing these songs together.”

Several of the project’s new tracks—“Bellows of Praise” and “Drenched in Love”—were inspired by old hymns. “The way hymns are crafted…the verses are so strong and poetic, they take you on a journey; and the chorus gets everybody singing together and proclaiming,” he observes. “I think it’s cool we can write songs that are a little more progressive. There’s something so powerful about singing these hymns. Whether it’s your first hymn or you’ve sung this hymn hundreds of times, I feel like hymns are just timeless.”

Additional tracks feature lesser known voices Bashta is eager to introduce to the world, including Matt Jackson (“Thank You Jesus”), EB Cole (“Praise The Lord – Rejoice”) and his sister, Harvest Parker (“Costly”). He consistently collaborates with up-and-coming songwriters and worship leaders, passionate about championing the gifts of others. His passion for facilitating artistic collaboration has led Bashta to launch LINUS, a curated gathering for thoughtful creatives to share songs, stories and communion.

He’s found authentic community. He’s witnessed his songs take on a life of their own, and he’s continued to cultivate his unique brand of creativity, proving the naysayers wrong. Bashta is finally comfortable in his own skin once and for all—as a believer, a father and a worship leader. “I think my life is all about breaking outside of the boxes,” he offers. “Why would I want to sound like anyone else when God’s already created that person to sound like they should, and He’s created me to sound like I should? I think each of us has a piece of God’s creative heart inside us.I’m not going to dam up the creative spirit that God has given me.”

Although the journey has been long, and at times heartbreaking, today Bashta unapologetically pursues all of his endeavors—be it songwriting, worship leading, creativity or even adoption—with a vibrant, renewed passion for the heart of the local church, never content to stay in the lines.

“Creative people should always be pushing boundaries,” he attests. “The world needs creative dreamers to create and to inspire and to change their environments around them. I think that’s probably the whole message of My Resurrection… There’s life coming. Get ready for it.”