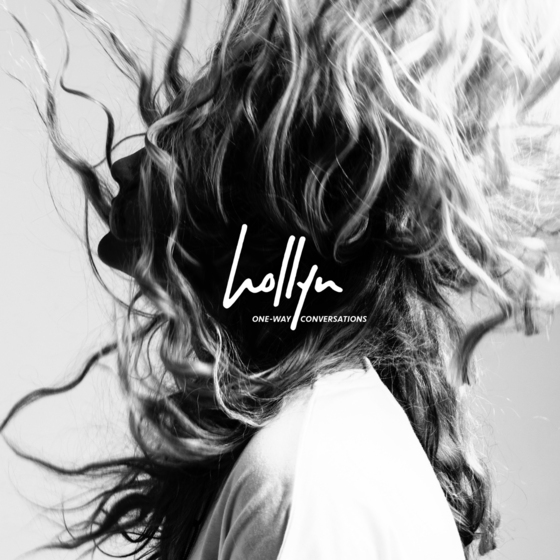 After the release of her self-titled debut EP in 2015, Hollyn joined the list of female voices to look out for in Christian Pop music.

‘One-Way Conversations’ starts with Can’t Live Without an upbeat song that speaks about total dependency on God. It’s a good song with a really catchy hook and electronic dance undercurrents. Love with Your Life begins with a funk-laced verse and progresses into an electropop chorus. Although it has a textbook pop progression, Hollyn carries this song with enough power {particularly the chorus} to make the song fresh with each listen.

Obvious? feels like a conversation with a friend. From the words of the song, the friend seems to be on a destructive path and Hollyn is trying to get through to the person. It is a relatable song and a solid addition to this album. All My Love has a similar feel to the first track as we listen to Hollyn’s confession of love to God.

In Awe slows down the album in the best way possible with a beautiful blend of soothing acoustic guitar strums and warm piano vamps. With a chorus that partly says ‘….I’m living in awe/Every day I fall/But you never let me go…’ this track is one of the deepest songs on the album lyrically.

Party on the Hills is a sharp contrast to the previous track and I don’t think the song fit into the general theme of the album. It’s a good song originally from Steven Malcolm’s self-titled debut album which featured Andy Mineo and Hollyn, but I believe the album could have done without it.

Lovely and Go are both songs that talk about taking a stand. While the first song encourages us to ignore the opinions of the world and focus on what the God says about us, the second teaches us to come out of toxic relationships, particularly those that hinder our relationship with God.

Waiting For lyrically picks up from where the last song left off as Hollyn tells us about waiting for the partner God has in store. Girl ends this album officially, an RnB track, which also doubles as a brief ‘get to know Hollyn’ type of song.  It is the most different song on the album musically.

Honestly, I have mixed feelings about this album. Individually, most of the songs are good and Hollyn’s creativity is undeniable. Sadly, I do not think all the pieces fit together as perfectly as she would have hoped.

In my opinion, a number of the songs were too predictable and the album never quite came together as a cohesive unit. This does not mean that the album doesn’t have its moments of brilliance, but I honestly believe that it could have been a whole lot better.

Nonetheless, One-Way Conversations is a fun album and true fans of Pop music will definitely have it on repeat for a very long time.