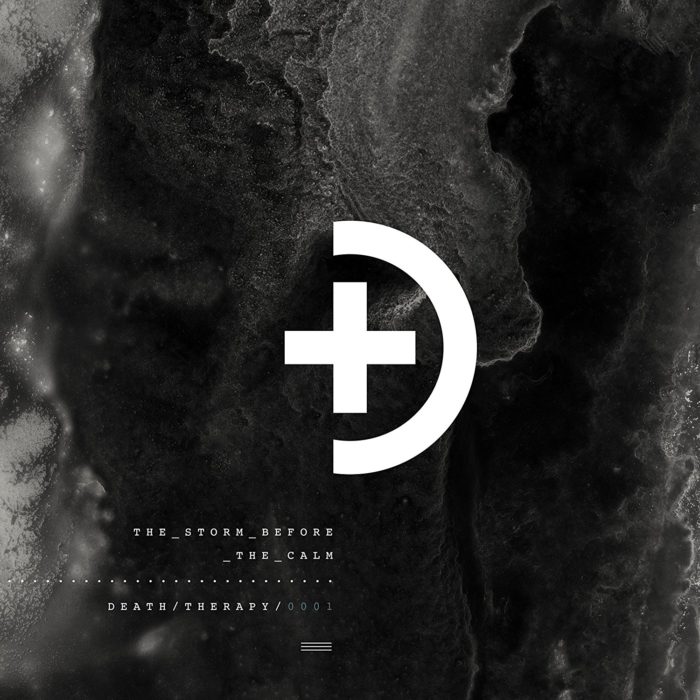 Death Therapy Brings the Storm Before the Calm on Debut

For over a decade, Jason Wisdom was the main force behind Christian metallers Becoming the Archetype, but after stepping down from that role in 2011 to stop rigorous touring, he decided that he still wanted to make music, and in 2015 released a couple of demos under the moniker Death Therapy. One of these demos, “Possessed,” ended up among my favorite songs of that year. Having enlisted drummer Josh Seagraves to round out the project, Wisdom is now full steam ahead with a debut full-length out in the atmosphere.

The Storm Before The Calm opens with “Until Then,” a relatively minimalistic tune featuring keys and a stomping drumbeat. Wisdom sings over top of the instrumentation, and even though it’s brief, “Until Then” does a nice job of setting the mood for the record, and the eerie piano line leads straight into “Self Mind Dead.” The first song to ever feature Project 86’s Andrew Schwab as a guest vocalist is a head-banger yet also boasts a trance-inducing groove. Add to that Wisdom’s signature growls and “Self Mind Dead” is one of the album highlights, and as if that’s not enough, Schwab makes his entrance on the bridge, complimenting Wisdom’s gruff lows with his notorious raspy whisper.

The onslaught of brutality continues with “The Lie,” the first of Wisdom’s original demos reworked for a proper release. The keys and bass together make for a killer wall of sound, but the pinnacle of “The Lie” is the ending breakdown, which features a high, dissonant chord, giving it an extremely eerie feel. “Wake Me (When I’m Dead)” brings some singing to the background and extends the mood from “The Lie,” while “Prodigal,” another previously-released demo, feels more polished but still features that galloping bassline. “Slow Dance (With Death)” boasts a heavy syncopated groove, but is over way too soon, clocking in at just over two and a half minutes.

Of the original demos rerecorded for The Storm Before The Calm, “Possessed” is the one which sounds the most different, offering a more abrasive and upbeat feel, making it difficult to recognize upon first listen. “Everything Burns” is the final song with vocals before the 1-2 instrumental punch, “The Belmont Family Curse,” collectively closes out the record; here, a haunting riff takes root on “(Pt. 1: Night),” and video game-esque elements take over on “(Pt. 2: Day).” Needless to say, The Storm Before The Calm ends with a bang.

There’s no doubt what Jason Wisdom was going for in his new project: groovy, low-profile industrial metal. On his Death Therapy debut, he nails that sonic hybrid, with an overwhelming sense of intensity present throughout the entire record. My only major gripe with The Storm Before The Calm is that, at ten tracks and just over half an hour in runtime, it leaves the listener anxiously longing for more.

Purchase The Storm Before The Calm
iTunes | Amazon