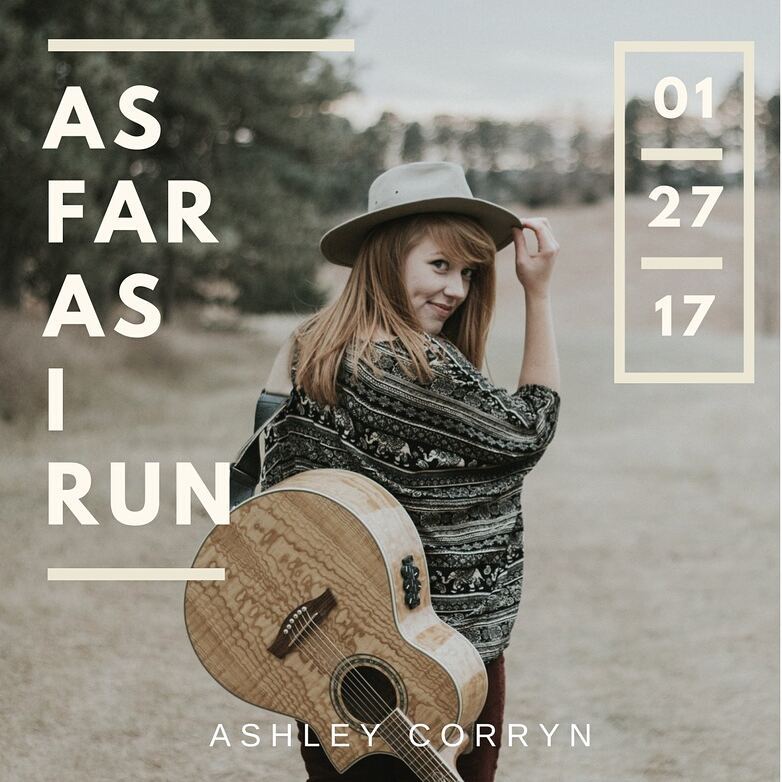 Ashley Corryn’s “As Far As I Run”: A Brilliant Debut

There is something special about a new voice in Christian music. More often than not, it helps us get a fresh perspective of Worship and God through a brand new set of eyes.

Ashley Corryn is a Singer- Songwriter who describes herself as a person with honest melodies, genuine lyrics and authentic expressions of the heart. Her debut album ‘As Far As I Can Run,’ which was released on the 27th of January, really caught me by surprise and is undoubtedly one of the best things to happen to me so far this year.

‘This Is Love’ begins the album, a foot-tapping, upbeat pop number that talks about God’s love despite our weaknesses. ‘Close To Your Heart’ is a mid-tempo contemporary number that really drives the subject of God’s love home. It’s the first song that really starts to reveal Ashley’s vocal capabilities and its simple composition makes it a joy to listen to.

‘Bringing Me To Life’ starts with a piano ballad, a song that continues the feel and tempo of the previous song.  ‘Your Grace For Me’ slows down the tempo a bit, a worship number that sounds like a song Bethel Music could write. The presence of chants, a powerful bridge and the honesty of the lyrics makes it a very strong contender for my best track on the album.

‘Such A Mystery’ with its ever so slight folk elements is a beautiful song about surrender, while ‘Precious To Me’ is a slow but powerful declaration of love for God, no song on the album shows Ashley’s control of her voice like this one.

‘Who You Say I Am’ is a mixed bag for me, the song begins in a very interesting way but ultimately lets me down in the chorus. Lyrically, like every song on the album, the song is sound but the contrast between the verses and the chorus left me wanting more. ‘Fire And Storm’ reveals a lot more of her folk influences with the sing-along nature.

‘When I Cry Out’ brings us back to the Contemporary Worship atmosphere climaxing towards the end with a vamp {You go with me/You go before/You fight for me/You’ve won this war} and a chant. ‘Still Good’ is a worship song celebrating the goodness of God irrespective of circumstance and situation.

‘Come And Rest’ is a relatively short, stripped down piano song that almost feels like a demo on first listen. It took me some time to get into it but after a couple of listens, it became an easy favorite.

‘Family Of God’ and ‘Unquenchable’ end this album, the first a folk number that could easily have been written by Rend Collective and the second a prayer to God as she sings, ‘Give Us A Hunger Like We’ve Never Known/Give Us A Thirst That’s Unquenchable…’.

I started listening to this album with little or no expectations. All I hoped for was a unique journey to experience God through fresh eyes.

Ashley Corryn is a special and rare gift to Christian Contemporary Pop music; her songs bleed a love and hunger for God that is clear to see. My only fear is that her sound isn’t distinct enough to stamp her as unique and she may join the whirlpool of CCM artists that we already have.

Nonetheless, this is a brilliant album, I truly enjoyed it and I believe things can only get better from here.

Buy As Far As I Run
iTunes | Amazon