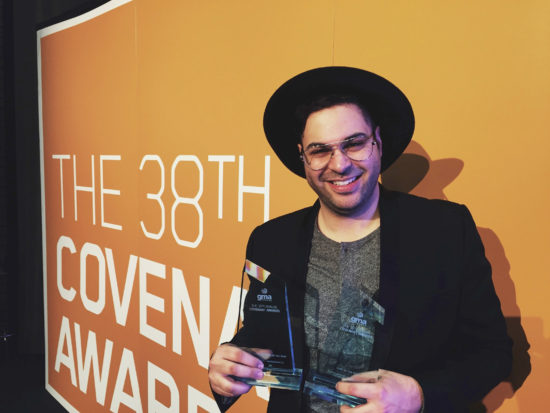 “When writing songs I always use two filters: the Word of God and my home church,” said Marcus. “I try to ask myself how I can best point people to the Truth about who Jesus is and what He has done for us. It is truly amazing being able to watch what God is doing through these songs beyond the four walls of our church. I am so honored and thankful for these Covenant Awards, and I pray that God may continue to use these songs to point people to the glorious riches we have in Christ.”

Produced by Scott Cash (Dan Bremnes) and executive produced by Ed Cash (Chris Tomlin), Constant features seven songs written or co-written by Marcus. The acclaimed project includes songwriting and vocal contributions from Leeland and Paul Baloche, among others. In addition, the collection features live recordings of three of the songs.

With six critically acclaimed recordings to his credit, Andrew Marcus has performed alongside such artists as MercyMe, Leeland and Phil Wickham, among others. A familiar name in Canada’s Christian music scene since his 2007 debut, Salvation and Glory, Marcus serves as pastor of worship and creative arts at Coquitlam Alliance Church in British Columbia.