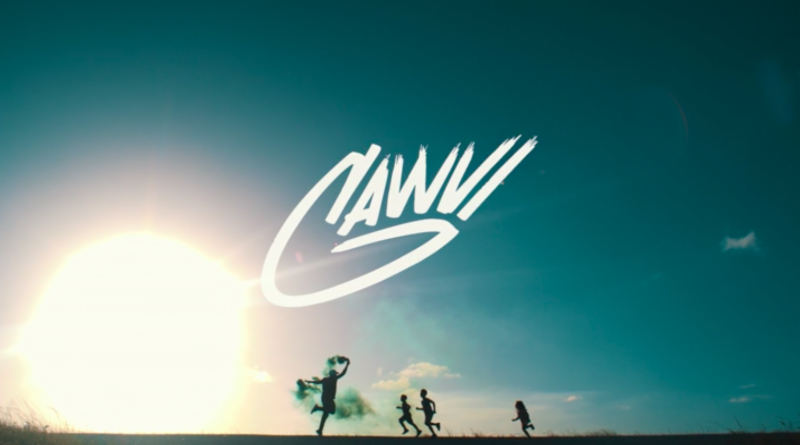 Having made serious waves in 2016 with his breakout solo EPs, entitled Lost In Hue and Holding Hue, GAWVI now returns with the official video for one of the standout tracks, “IN THE WATER.” Check out the video above.


“In The Water,” as well as the rest of the Lost In Hue EP, debuted on the Electronic/Dance Billboard charts at #2 and hit the top spot on the iTunes Dance charts. Now with nearly 2 million Spotify streams for the EP, not to mention the countless streams for his follow up EP Holding Hue, GAWVI is fast becoming the next big up and coming act in EDM.

Set in his hometown of Miami, the video follows GAWVI and friends as they zip through the sun-kissed streets of Downtown, before taking a boat and jet ski’s out in the bay. Giving a nod to the track’s title, the film includes shots of GAWVI jumping into the water as well as enjoying quality time with his family. Beautifully shot by director Marc Sugrue, the video highlights the blissful escapism that being with friends and family can bring.

With the release of the video, GAWVI launches a fundraising campaign for charity : water,  a non-profit organization bringing clean and safe drinking water to people in developing countries. “I’m excited to help fundraise for charity : water with my new video release. I’ve always felt that we were created for so much more,” says GAWVI passionately. “In order for us to live that out, having clean water allows for a decrease with health issues, provides a way for healthy eating and keeping our bodies strong in order for us to live out our full potential.”  To donate and to find out more information about charity : water, please visit https://donate.charitywater.org/gawvi/in-the-water-with-gawvi.

“In The Water” has received early success at radio peaking at #1 on the Hot CHR Top 40 Radio chart and it was recently announced that GAWVI leads nominees at the 5th Annual We Love Awards with four nods in the categories of New Artist/Group of the Year, Music Video of the Year for “Late Nights,” as well as Electronic/Dance Album of the Year and EP of the Year for Lost in Hue. Online voting for the awards close today (January 27).

Having successfully made the transition from Hip Hop producer to Dance music artist in 2016, fan’s can expect GAWVI to continue this new career trajectory into 2017 and beyond.

About GAWVI: GAWVI is an American electro-pop artist, DJ and award-winning music producer, born to an El Salvadorian father and a Dominican mother. After working under the tutelage of hit makers Rodney Jerkins and Pharrell, GAWVI grew a vision for his own art, merging hip-hop, pop and electro, to create a sound with a uniquely global appeal. GAWVI has produced a host of critically acclaimed hip-hop albums and Billboard charting singles, including the GRAMMY Award-winning album Anomaly. His work was performed on NBC’s The Tonight Show Starring Jimmy Fallon and has been praised by the likes of MTV, VH1, BET, Fuse, Esquire, EDM Nations, Magnetic Mag and VIBE. GAWVI’s debut EP Lost In Hue debuted at No. 2 on the Electronic/Dance Billboard charts and hit the top spot on the iTunes Dance charts. His follow up EP Holding Hue is available now with Reach Records.