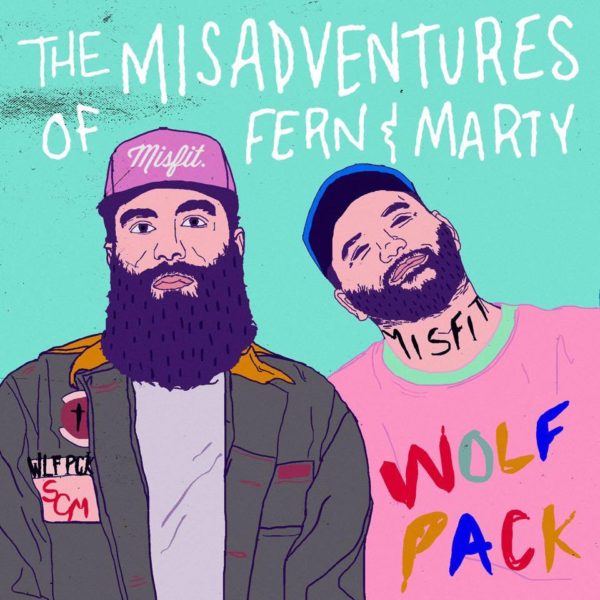 Capitol Christian Music Group artists Social Club Misfits’ new release The Misadventures of Fern & Marty made an impressive debut as their first full-length album with the label.  Landing at an amazing number four on the Soundscan Rap Albums chart, the album took the number one spot on the Soundscan Christian Hip Hop Album and Christian Albums charts as well as having placements on Soundscan’s Contemporary Christian (#2) and Digital Album charts (#10).  Garnering over 1.7 Million streams in its first week, the duo’s catalog sales also received a huge spike for Rejects (420%), Misfits 2 (189%), Us (161%), The Misfits Generation EP (131%), and Misfits EP (114%).  The album is now available via iTunes, Google Play, Amazon and Spotify.

Premiering the first single “Pop Out Revenge” with Hiphopdx.com, Fern states “We’ve been able to be blessed, be versatile and put together some good songs regardless of the genre or market we’re in.” He goes on to say, “…We just want to do music that’s fun for everybody because we want to bring fun back. But at the same time, we want to do quality music that’ll be respected in the mainstream and be quality to the people who look for quality music.”

Next up, Social Club Misfits will be releasing their new video for “Maybe” off the album (Click Here to View). Directed by Patrick Tohill and shot in Nashville, the video depicts both guys addressing faith, the church, and hypocrisy. Channeling a place where they both once were, SCM brings light of not being afraid of taking a step of faith even if it means losing friends or risking people not understanding why.

Currently, the guys are gearing up for “The Misadventures Tour,” which will be kicking off February 11 in Dallas, TX and culminates March 18 in Elizabeth, NJ. For tickets, fans can log onto their website (Click Here).